Prevention, Medication Can Help Manage the Debilitating Symptoms of Migraines

‘The Pain Is Incredible’

Just a sampling of how migraine sufferers describe the pain:

“Usually it feels like my head is going to explode, but sometimes it feels like it’s being crushed. They have gone on for days at a time, sometimes just melting into one another.” 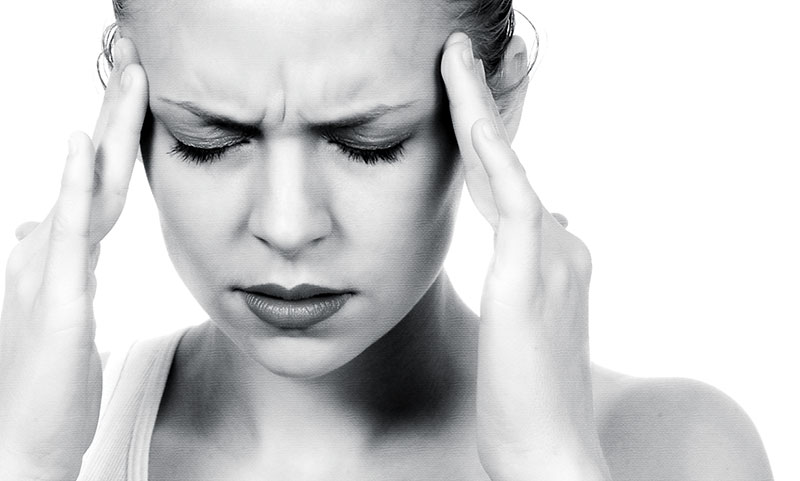 “I have had migraines for about 12 years. They are always on the right side of my head. The intensity varies from annoying pounding or pulsating to severe pain with photophobia and nausea.”

“When I have them, it sometimes starts out in the eyes, but generally feels like there’s a massive pressure in my head trying to push its way out. The pain is incredible. There have been times when I could only talk at a low whisper, because speaking any louder actually increased the pain.”

“The first time I had an ophthalmic migraine, which for me (and at least the past two generations of my family) involves a particular aura (like a neon saw blade) and then becoming completely, 100 percent blind in one eye, I thought I was having a stroke.”

“I get a really painful headache — always on the left side of my head, above the eyebrow. Sometimes it hurts into my ear and jaw. It made me nauseous. I would spend 24 to 36 miserable hours in a dark, quiet room with an ice pack on my head. It was torture, especially when the kids were home. They really didn’t understand that the tiniest noise would sound like someone banging on a huge bass drum.”

If you’ve ever had one, you know just how excruciating migraines can be. If not, it’s hard to conceive how incapacitating one of these headaches can be.

Tallahassee resident Linda Huey has lived with migraines for more than 40 years.

“They began in my late teens,” she says. “They usually begin with a dull ache on one side of my forehead, and if I don’t take something to stop it, it gets very painful – throbbing … nausea (sometimes vomiting), light and sound sensitivity – completely debilitating. I feel like someone is taking a railroad spike and pounding it into my head.”

A dose of the prescription medication Imitrex, if taken early enough, will stop the pain and other symptoms within an hour or so.

“However, if I wake up with a full-blown migraine or don’t take the Imitrex soon enough, I have to go to a medical facility and get something stronger to abate the pain and the nausea,” Huey says. “Then I feel like I’ve been run over by a truck for about a day.”

The 62-year-old has suffered such severe migraines that she has been to the emergency room for them about two dozen times over the years. She, like many migraine sufferers, say the chronic disorder is often misunderstood but is finally being recognized as a serious physical condition.

“The medical profession seems to recognize the fact that they are much more prevalent than previously thought and there are a lot more options of medications,” Huey says. “It took years for a doctor to finally say, ‘Yes, you have migraines and you’re not just being a wimp!’ People who don’t have them sometimes have a hard time understanding how debilitating they can be.”

Migraines are a major health and disability problem affecting approximately 36 million Americans – most of them women, with up to 45 million having migraine genetic propensity. Migraines are a serious medical condition that can cause great financial and personal losses to people who suffer from it. Each year, 150 million workdays, the equivalent of 1.2 billion work-hours, are lost to head pain. That amounts to more than $31 billion direct and indirect economic costs in the United States each year.

Dr. Mignon Emenike, who is board-certified in both internal medicine and pediatrics, sees a number of patients who suffer from migraines.

The Mayo Clinic lists a number of things that can trigger migraines, including:

One of Emenike’s patients, 52-year-old Monica Laughlin, says she has been experiencing migraines for four years. The office administrator at Florida State University’s Claude Pepper Center says a typical episode will begin with pressure and pain.

“When the pressure and pain escalates after a day or so, it gets to the point that requires medication,” Laughlin says. “I have found that the only medication that was effective for me to take is Frova. After taking Frova, the pressure and pain lessens but can go into a revolving cycle that can last up to four weeks of pressure/pain/medication … relief … then pressure/pain/medication … relief. The migraine will then go away for a few weeks or so, and then the cycle can begin again.”

Emenike says the focus of treatment is to try and prevent the headaches before they start.

“There are several medications that can do this, the most common being the class of drugs called triptans, such as Imitrex,” she says. “There have been several new medications approved by the FDA that can also try to prevent migraines before they occur. They essentially work in the same way in the brain.

“Other drugs help to treat the pain of the headache during attacks,” Emenike says. “Nonprescription medication such as aspirin, Tylenol and ibuprofen may help. People with more severe headaches may need stronger pain medication or may even have to be seen at the hospital for treatment.”

In recent years, emphasis has shifted to more natural ways of preventing migraines, such as stress relief through relaxation, massage therapy, better nutrition and yoga, according to Emenike. She recently opened a wellness center, often treating patients with migraines and other disorders utilizing a holistic approach – massage, aromatherapy and stress reduction.

“My advice to people that suffer with migraines is to try and prevent them from happening,” Emenike says. “They should focus on complete wellness (and) stress busters.”

A holistic approach – including a good diet, better sleep, relaxation techniques and regular exercise – may give the best results. Over-the-counter medicines can work for pain relief, “but try to take them at the onset, before the headaches get overwhelming,” says Emenike. “But if the headache persists more than
72 hours, or you notice the pattern and severity of the headache has changed, call your doctor immediately. It may be something else, such as a stroke or a mass in the brain.”

Fortunately, the Mayo Clinic says that management of migraine pain has improved dramatically over the past decade. If you have seen a doctor in the past and had no success, it’s time to make another appointment. Although there still is no cure, medications can help reduce the frequency of migraines and stop the pain once it has started. The right medicines, combined with self-help remedies and lifestyle changes, may make a tremendous difference for you.