This years' event raised over $123,000 for local charities and was for sure the best year yet.

Saturday, July 14, was a white-hot night in Tallahassee as heat radiated from the Donald L. Tucker Civic Center when the 2018 Top Singles broke all previous records by raising over $123,000 for 19 charities.

The fundraising efforts of the Singles, the generous support of sponsors and the lively participation from an audience totaling 800 made this Tallahassee Magazine’s most successful, charitable and enthusiastic event yet.

The event, made possible by presenting sponsor Tallahassee Plastic Surgery Center, raised an astonishing $30,000 more than last year. Leading up to the main event, the 19 Singles worked ambitiously and creatively to raise funds for their chosen charities and promote the live auction event. 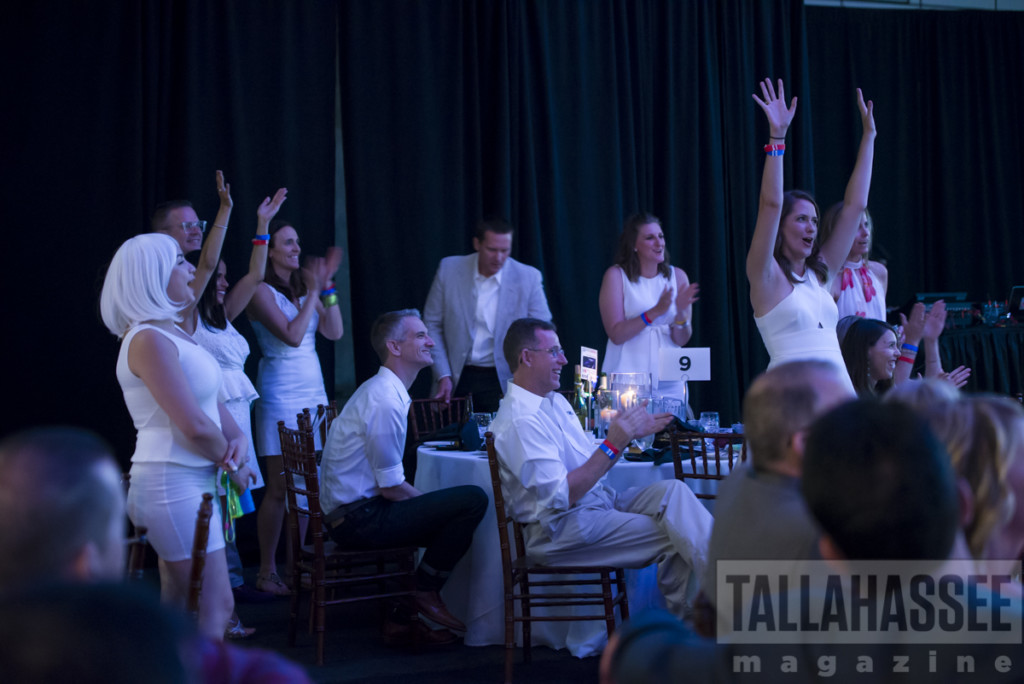 The Singles dressed their best and strutted in styles provided by Elle Market and Nic’s Toggery, received hair and makeup by Fuel Salon + Store and donned dazzling designer jewelry from The Gem Collection. 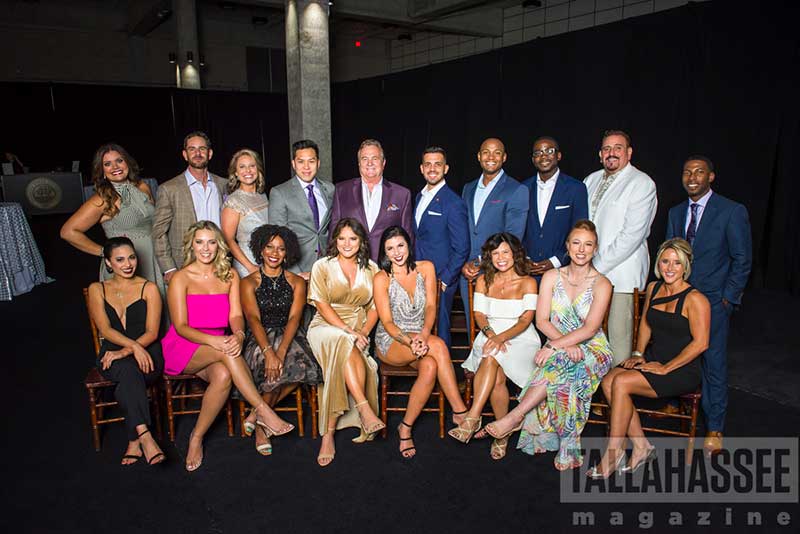 Each Single had a unique runway appearance with music spun by GT Entertainment, which included choreographed dances, special guests, beats that had the whole crowd dancing and even a puppy.

The Singles portrayed confidence that lit up the room, fueled by excitement and the excellent coaching they received from Marsha Doll.

The bidding was lively and animated with money literally and figuratively flying out of hands as bidders were encouraged to go bigger by auctioneer Jason Taylor, from radio sponsor iHeart Radio, and emcee McKenzie Lohbeck, from Tallahassee Magazine. 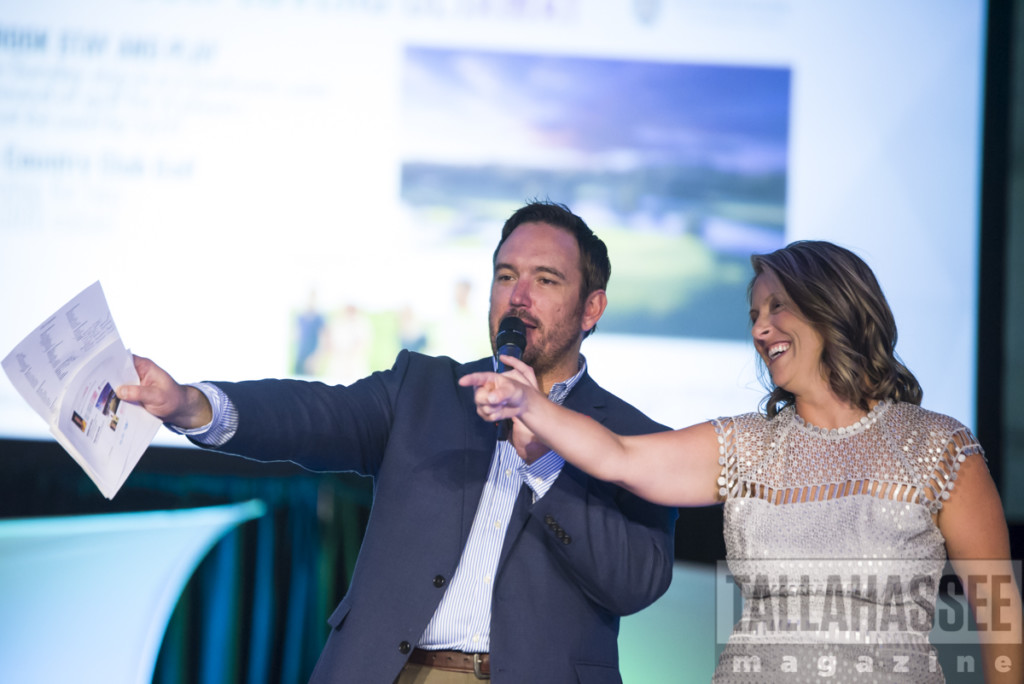 The Singles were paired with experiential packages — including relaxing weekend getaways provided by ResortQuest by Wyndham Vacation Rentals and rafting adventures from Whitewater Express/Columbus Georgia Whitewater.

Every attendee received one raffle ticket and could receive more by purchasing a henna tattoo. Six additional items were given away, with items provided by The Gem Collection, Elle Market, Tallahassee Plastic Surgery Clinic, ResortQuest by Wyndham Vacation Rentals and Fuel Salon + Store. 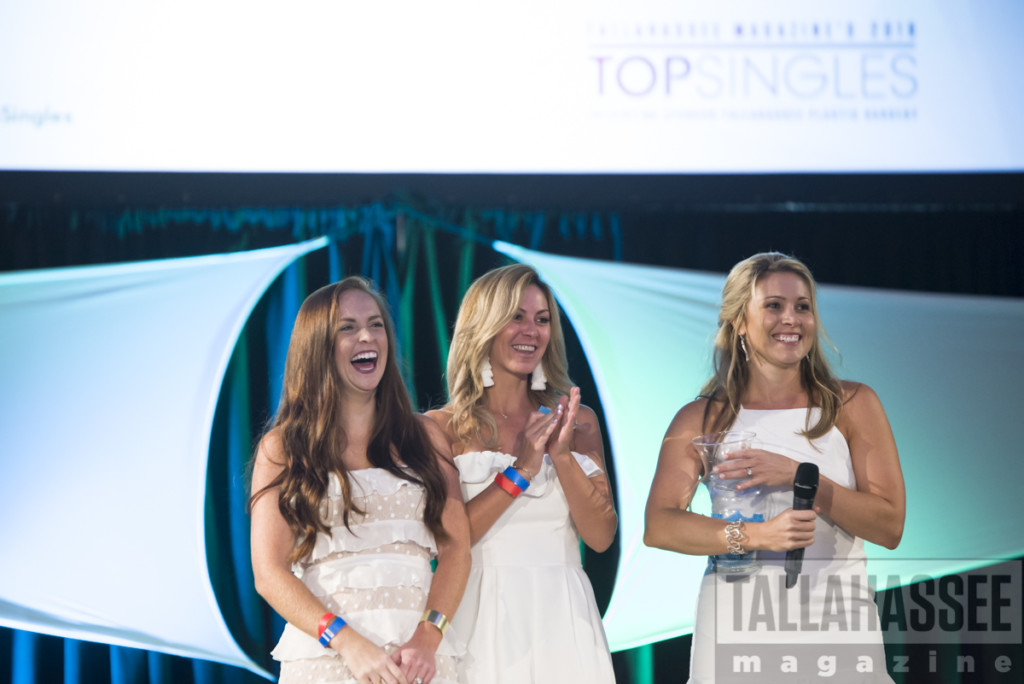 The dancing, smiling, laughing, bidding and overall ecstatic support for our local community was all caught on camera by “LIVE! In Tallahassee” and “AM Break with Ann and Audra.” The night went smoothly and clearly because of American Audio Visual.

It was hard to believe this tight-knit group of Singles met only months ago at Hotel Duval to be photographed together for Tallahassee Magazine’s Top Singles spread.

In the weeks leading up to the event, this dedicated group hosted and attended each other’s fundraisers, which were held at restaurants, bars and local gathering spots throughout Tallahassee.

“I enjoyed connecting with so many people who were uniting for one cause,” said Eddie Kring, the evening’s top fundraiser with over $32,000, which will benefit his charity, Capital City Youth Services.

“We were able to witness so many people who genuinely care for our community and then expand that reach throughout the state — and even the country. It was inspiring that this event gave people the opportunity to contribute and make such a vast impact.”

Samantha Marrone, another top fundraising Single, shared a similar sentiment for her participation.

“My favorite part of the Top Singles experience was being able to represent a local charity run by two wonderful directors who wholeheartedly believe in their mission and work day in and out to make the Tallahassee community a better place,” said Marrone.

“Also, I was very fortunate to be surrounded by a great group of Top Singles who were able to build such a strong camaraderie over this three-month period. Through this experience, I have gained friendships I know will last a lifetime.”

The venue erupted in cheers and confetti as the final total was announced. The celebration continued at Brass Tap Midtown, which generously donated wine and champagne as it hosted the official after-party.

A common refrain every year is that this event will be hard to top, but each year — with the giving hearts of the Tallahassee community supporting it — our Top Singles continue to reach higher.

Check out all of the photos from the hottest fundraiser of the summer below:

A Big Bash for Tallahassee Magazine, and Here’s Proof

Best of Tallahassee Stages a Big Night at The Moon

A Celebration Kicks Off a New Chapter