You’re in the supermarket and you want ice cream — that delicious, creamy, frozen delight. Making your way to the frozen food section, you’re confronted with a row of glass door freezers a mile long, filled to the brim with ice cream. 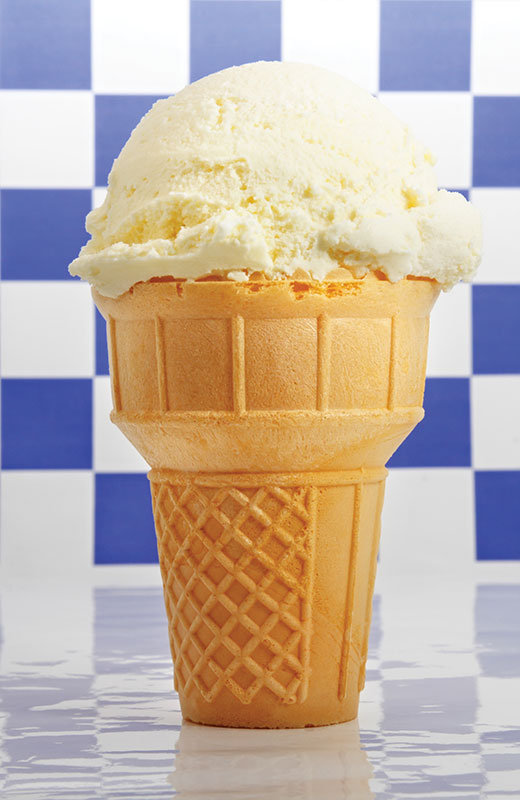 How do you decide what to buy?

Even limiting yourself to plain old vanilla ice cream, you still have a dizzying number of choices. Do you look for a bargain, or do you choose the one that’s most expensive, because it must taste the best, right? If you’re trying to cut calories do you buy light with half the fat, slow-churned with no sugar, or a low-carb variety? Do you count out the store brand and go straight for that fancy faux Scandinavian stuff? (FYI, Häagen-Dazs is actually an American company.)

If you’ve ever stood in awe of the ice cream selection and not known where to start — a condition known as consumer paralysis — don’t worry. We’ve done the painful legwork, the backbreaking research, crunched the numbers and gotten down and dirty, all to help you, dear reader, decide which vanilla ice cream is the best.

Nine ice creams were chosen for our test, all purchased either from Winn-Dixie or New Leaf Market.

And the contenders are: Winn-Dixie Prestige Vanilla, representing our bargain buy; Breyers Vanilla as the premium ice cream; and Häagen-Dazs Vanilla, the super-premium. For those watching their figure, we chose Winn-Dixie Lite, Edy’s Slow-Churned No Sugar Added Vanilla, Edy’s Yogurt Blends Vanilla and Breyers Carb Smart. For those with dairy allergies or who have chosen a vegan diet, there are two alternatives in the mix: Soy Dream Vanilla and Rice Dream Vanilla.

In a blind taste test, we asked 15 people to rate each ice cream on appearance, texture and taste, then give it an overall rating and tell us their favorite and least favorite choices.

And the winner is … Winn-Dixie Prestige Vanilla! For the regular store brand, it was a sweeping victory in nearly all categories. At a vastly cheaper price of about 4 cents an ounce, it took strong leads in texture, taste and overall rating. And though the store brand’s light version fell short of Breyers and Häagen-Dazs in taste, and though boasting “half the fat” on the label while still having more than 70 percent of the calories of the normal store brand, our testers preferred its texture and appearance over that of Häagen-Dazs. It also was the second cheapest option and cleanly beat out all the alternatives and other diet vanillas in our test.

Apparently, “alternative” ice cream doesn’t make the cut. While some found the Soy Dream tolerable, one tester commented on the Rice Dream that “I actually spit this one out.” Another reported that it “tasted nothing like vanilla, more like sugar cardboard.”

It is also worth noting that although the plain store brand got the most universally positive ratings, Breyers and Häagen-Dazs were the favorites of as many or more people and Breyers had 10 fewer calories per serving. Among the two with the least calories per serving — the Breyers Carb Smart and the Edy’s Slow-Churned with No Sugar Added — Edy’s scored higher in every category.