The Brotherhood Ride Will Bike to Tallahassee for Fallen First Responders

This week they will bike through the state of Florida in memory of those lost in the line of duty.

The 2018 Brotherhood Ride will be dedicated to 20 Florida Fallen Heroes from Florida who died in the line of duty in 2017 while protecting their communities. The team is comprised of 35 riders and 24 support members that will honor them by cycling through the state of Florida for 7 days, covering about 600 miles and average 80-100 miles a day.

The ride will begin on September 9th from Naples, FL. They will travel up through the central part of the state and end on September 15th in Tallahassee, FL.

The Brotherhood Ride is a non-profit charity organization, which consists of Firefighters, Law Enforcement Officers and EMS personnel who ride bicycles to honor emergency first responders who have died in the line of duty. Their mission is to provide emotional and financial support to the families on or near the anniversary of their death.

Over the past ten years, they have honored the memory and sacrifice of 531 Emergency First Responders which includes; firefighters, law enforcement officers and emergency medical personnel.

Their team has traveled on bicycles over 7,800 miles, through sixteen states and have been hosted by over 40 Elks Lodges nationwide and assisted by countless emergency first responders who have shown the true meaning of Brotherhood.

Through year-round fundraising efforts, the Brotherhood Ride has been able to honor the memory of fallen heroes and provide emotional and financial support to their families. Past Brotherhood Rides, they have honored their fallen brothers and sisters from SC, TX, NY, FL, TN, PA, NJ, CT and MA and are very proud to have donated over $400,000.00 to the families left behind.

The Brotherhood Ride is a non-profit 501(c)(3) public charity organization. Other than the cost of conducting the rides, all donated proceeds go directly to the beneficiaries designated. No one is compensated for their time in order to maximize the impact of donations. 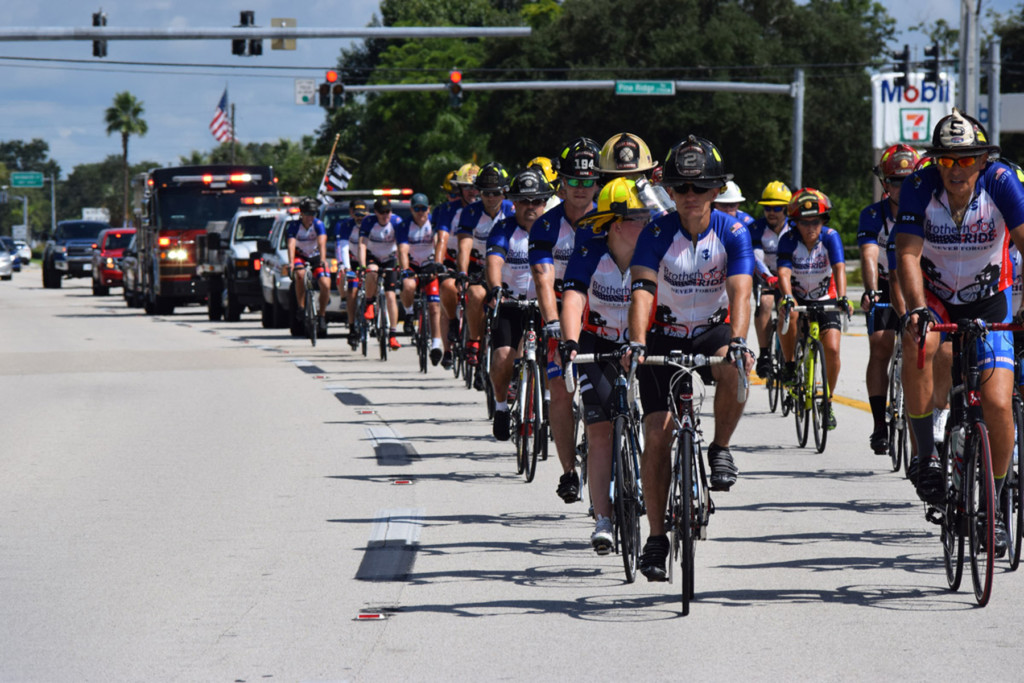 You can help welcome the Brotherhood Riders to Tallahassee on Saturday, September 15, 2018. They will arrive at 4:00 p.m. at the Tallahassee Elks Lodge.

To help the Brotherhood Ride reach their goal, you can visit their website to make a donation, purchase t-shirts or contact them if you would like more information on becoming a sponsor. www.brotherhoodride.com