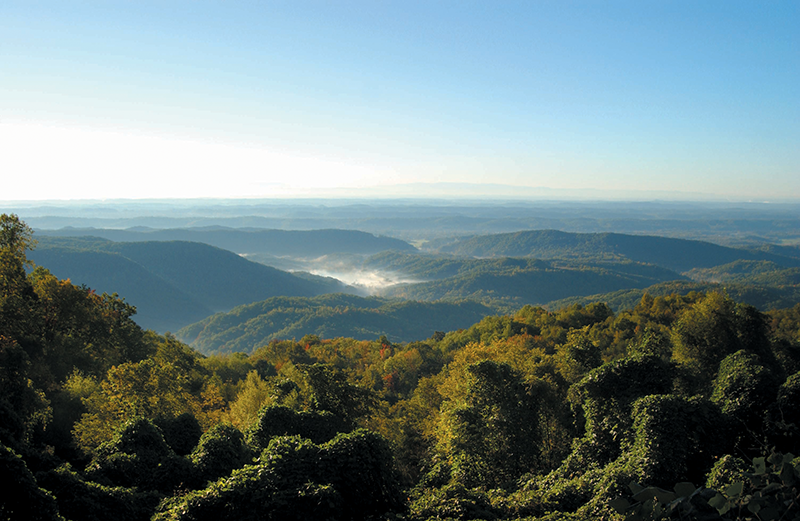 Nestled in the hills of Middle East Tennessee, the community of thousands and industrial complex at Oak Ridge was so secret it wasn’t found on any map.

On Aug. 2, 1939, Albert Einstein sent a letter to President Franklin Roosevelt about the work of his colleagues, physicists Enrico Fermi and Leó Szilard. Einstein wrote that the element uranium might be turned into a new source of energy — a term we know today as a “nuclear reaction.” And, he explained to the president, with the right construction, this chain reaction could be transformed into a new, “extremely powerful” bomb.

Knowing the German war machine was on the verge of beginning what would become World War II, Roosevelt took this information very seriously and, shortly afterward, construction began on a “secret city” in the hills of Tennessee. What is now known as Oak Ridge was home to an important component of the Manhattan Project, an unprecedented effort that began in 1942 to produce the world’s first atomic bomb.

With construction work going on 24/7, in 18 months the rural countryside became a city of 75,000 — created in such secrecy that even the state’s governor didn’t know what was going on. More than 100,000 workers built homes, schools and a town, as well as three facilities (one, called K-25, covered 44 acres and was the largest building in the world when it was constructed) dedicated to enriching the uranium needed to create the atomic bombs that would be used with such devastating effect in August 1945 on Hiroshima and Nagasaki, Japan — and end the war.

Today, parts of Oak Ridge National Laboratory are open for public tour. On any given day, 8,000 workers still arrive at the secure facilities, working for the U.S. Department of Energy to further the advancement of peacetime scientific research and support the ongoing disarmament of the stockpiles of nuclear weapons in the United States and other countries.

A self-guided audio driving tour takes visitors on a journey to many of Oak Ridge’s sites. There also is the Secret City Scenic Excursion Train, which runs most Saturdays and offers a view of the sights along a 12-mile route narrated by historians who explain the significance of the facility and the pre-war community. 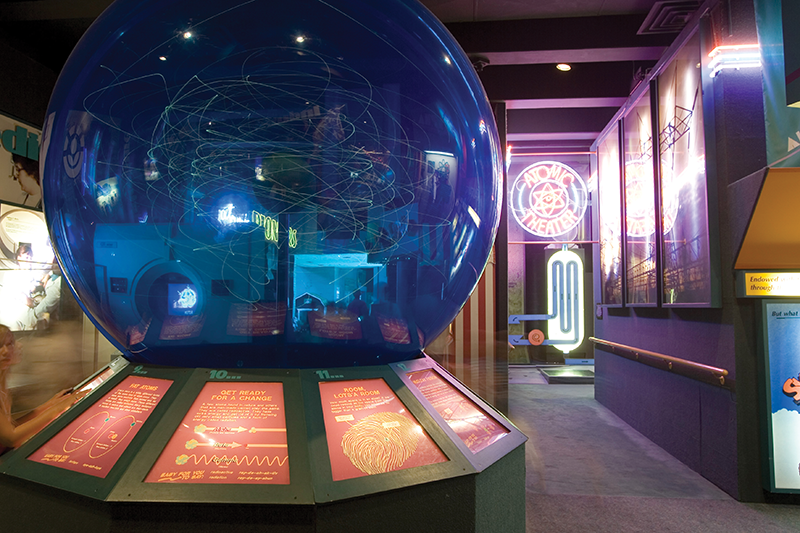 The American Museum of Science and Energy shows Oak Ridge’s role in the Manhattan as well as offering hands-on exhibits about energy in modern times.

But to truly access the historic site, one must begin at the American Museum of Science and Energy, which tells of Oak Ridge’s role in the Manhattan Project and explains the scientific and technological advances made in its facilities since the end of World War II. Only U.S. citizens (be prepared to show proper identification) are allowed to register to be one of the 36 people allowed the tour of the day. It starts at noon and is offered Tuesdays through Fridays, April through September. It is a fascinating and educational experience for history buffs to enter the inner workings of one of America’s best-kept secrets.

You will receive a lecture on the first nuclear reactor, walk into its control room and see it as it was in the 1940s. Then flash forward to gain an understanding of the scope of research being done today on one of the world’s fastest and most sophisticated computer systems. This full-day experience will leave you mentally exhausted from attempting to understand and comprehend the history, the technology and logistics of America’s successful development of nuclear technology, as well as today’s research.

Your portal of entry to Oak Ridge is Knoxville, Tenn., a city along the Tennessee River that is home to the University of Tennessee and one of the largest college football stadiums in the nation. A city in the midst of a renaissance, Knoxville’s urban area is home to great restaurants, shopping and sightseeing excursions.

A great introduction to the city’s sights is a cruise along the Tennessee River on your choice of boat. One possibility is a dinner cruise on the Volunteer Princess. The 96-foot luxury yacht docks in downtown Knoxville and offers a wonderful meal to go along with the beautiful scenery.

Since Knoxville also is home to the college Women’s Basketball Hall of Fame, a sport enthusiast can spend time exploring the history of the sport in a modern facility that includes not just trophies and memorabilia but also a court where visitors can test their shooting, dribbling and passing skills. Knoxville is a fitting spot for this facility, since it’s home to Pat Summitt, the Lady Vols’ leader since 1974, who holds the record as America’s all-time winningest college basketball coach.

Within an hour drive of the city, one can discover and enjoy the state parks system of Tennessee, which in 2007 was named best in the nation by the National Recreation and Park Association.

There is Norris Dam State Park, on the shores of Lake Norris, which is home to the first project of the Tennessee Valley Authority. The park features more than 4,000 acres of groomed hiking trails and campsites.  Another TVA dam completed in 1942 has formed the Watts Bar Lake, located about 40 miles south of Knoxville. One way to explore some of its gerrymandering 780 miles of shoreline is aboard the Watts Bar Belle. A common form of transportation in the early 1900s, this split-wheel paddleboat is a rare sight today.

Journey over to Frozen Head State Park and hike the 80 miles of trails that range in elevation from 1,300 to 3,100 feet along the ridges of the state’s highest peaks in the Cumberland Mountains. From the observation tower on a clear day, you can plainly see the Cumberland Plateau, the Tennessee Ridge and Valley, and the Great Smoky Mountains. Open year-round, this park’s name is derived from the snowcapped mountain peaks overlooking lower valleys that rarely see any snow accumulation.

Another local treasure located in Oak Ridge is the University of Tennessee Arboretum. It offers more than 800 species of trees, shrubs and flowering plants — as well as more than 200 species of birds in residence — and can be enjoyed along five miles of self-guided walking tours. The arboretum also serves as a forestry and plant research center. For example, patents are pending for a few new varieties of dogwood trees that are resistant to disease and — as a bonus — are blooming in new colors.

The Museum of Appalachia recreates pioneer mountain life with authentic structures and hundreds of thousands of artifacts collected by one man.

A visit to the area wouldn’t be complete without a stop by the Museum of Appalachia, a 65-acre experiential venue located in Norris, Tenn., about 16 miles north of Knoxville. This re-created community brings alive the rich history of the hills of Tennessee over the past several centuries with dozens of authentic log structures and more than a quarter-million artifacts collected by a single man, John Rice Irwin, over 40 years.

Each day at the museum, area musicians perform the toe-tapping music and exchange stories of life today and years past. The museum also offers a chronology of the many musicians who have brought mountain music to international acclaim. On the second full weekend of October each year, it also hosts the Tennessee Fall Homecoming, a five-day, five-stage music festival that brings in some of the genre’s biggest names, many of whom return each year to sing, meet their fans and keep alive this uniquely American form of music.

The museum hosts other festivals and special events, including what has to be one of the oddest demonstrations ever seen — a twice-annual (on July 4 and during the Christmas season) “Anvil Shoot.” Crowds are amazed by the loud boom and the sight of an iron anvil as it is blasted higher than the treetops.

Middle East Tennessee boasts that it is within a day’s drive of 75 percent of the U.S. population, and that includes Tallahassee. It’s an eight-hour trip from here, a straight shot up Interstate 75. It is definitely worth the drive, with plenty to keep one busy for everything from a long weekend to a two-week vacation.