Experience the Forgotten Coast’s ‘Land of the Friendly People’

The quaint, disparate communities of the Forgotten Coast have long been one of North Florida’s best kept and most precious secrets. Among these charming coastal villages, tucked away among sprawling freshwater marshes, pine flat woods and oak hammocks, is Apalachicola.

Apalach, as it is lovingly known, is among the region’s oldest communities and sits less than two hours from Tallahassee. It’s a lively town filled with history and art. Dilapidated ships and pirate memorabilia give the eclectic streets of Apalachicola an old-world feel. The smells of fresh coffee and tapas mingle with the salty siren aroma wafting up from the Apalachicola Bay.

Positioned between the Apalachicola River and the bay, the historic oystering community isn’t quite an island, but according to John Solomon, the executive director of the Apalachicola Chamber of Commerce, the whole city moves on island time.

“Apalachicola brings that laid-back lifestyle,” Solomon said. “Not the hustle, not the bustle. There is no traffic. There is no waiting in line for a restaurant. You aren’t standing in line for 20 minutes to cash out at the register. It’s that relaxed atmosphere lifestyle.”

You won’t find a Costco or Dillard’s in Apalach. Rather than cede economic power to big box stores, the tight-knit city center reserves its coveted downtown storefronts for galleries, boutique shops, family restaurants and bars. It’s a walking city where visitors are encouraged to absorb the local art and architecture and find out why Apalachicola has come to be known as the “land of the friendly people.” 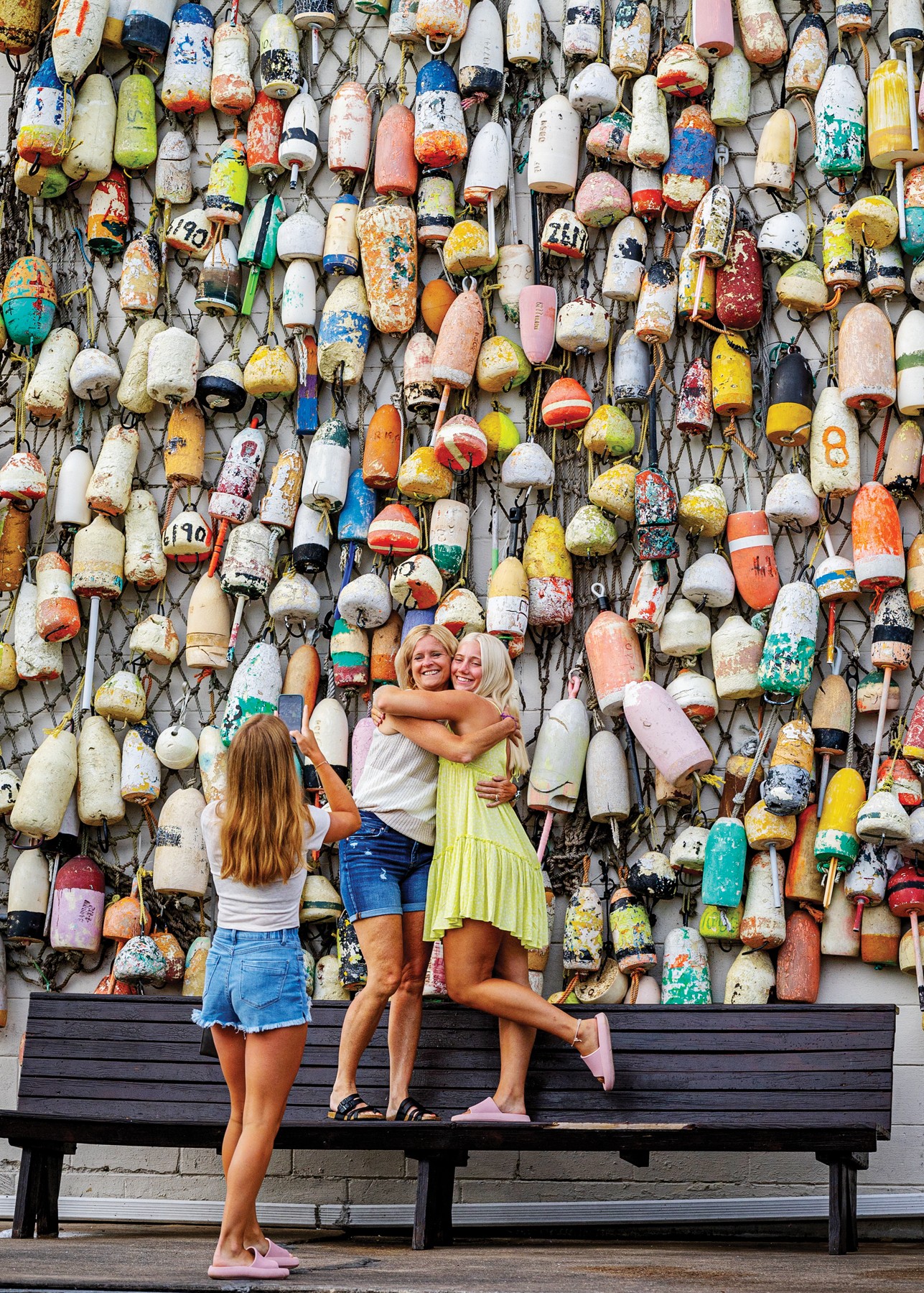 “I tell everybody, the shops here are all mom and pop,” Solomon said. “There are no major companies. Pretty much everyone that works in the stores are the owners of the stores. So, you get a personal interaction with the people who either made the stuff or bought the stuff or designed the stuff.”

Grady Market, located in the Historic Riverfront District, is a local landmark as much as it is a destination for upscale apparel and gifts. Reconstructed with reclaimed brick and heartwood pine after a fire in 1900, the waterfront structure has lived many lives as home to the French Consulate, Captain of the Port and the U.S. Customs office over the last two centuries. The gardens that surround Grady Market serve as a perfect vantage point to catch a glimpse of old shrimp boats tying off at the dock. You may be inspired to cast a line yourself.

“The fishing is awesome here in the fall,” Solomon said. “Because of where we are in North Florida, it never gets that cold. The

fish are still biting and active in the bay. Most people around here put in at Battery Park. You can catch everything — redfish, trout, sheepshead, flounder. It’s really the perfect time to do it.”

Down in the heart of town, the mothership of Oyster City Brewing Company draws acrowd year-round despite a lack of air conditioning or heat. Instead, patrons make use of outdoor seating to grab a pint, soak up the sun and debate which oyster shack to patronize next.

“One of my favorite things to do in the evening times is go out and listen to music,” Solomon said. “We have High Five Dive Bar that has live music going on and Half Shell Dockside. Like I said, it’s that carefree lifestyle.” 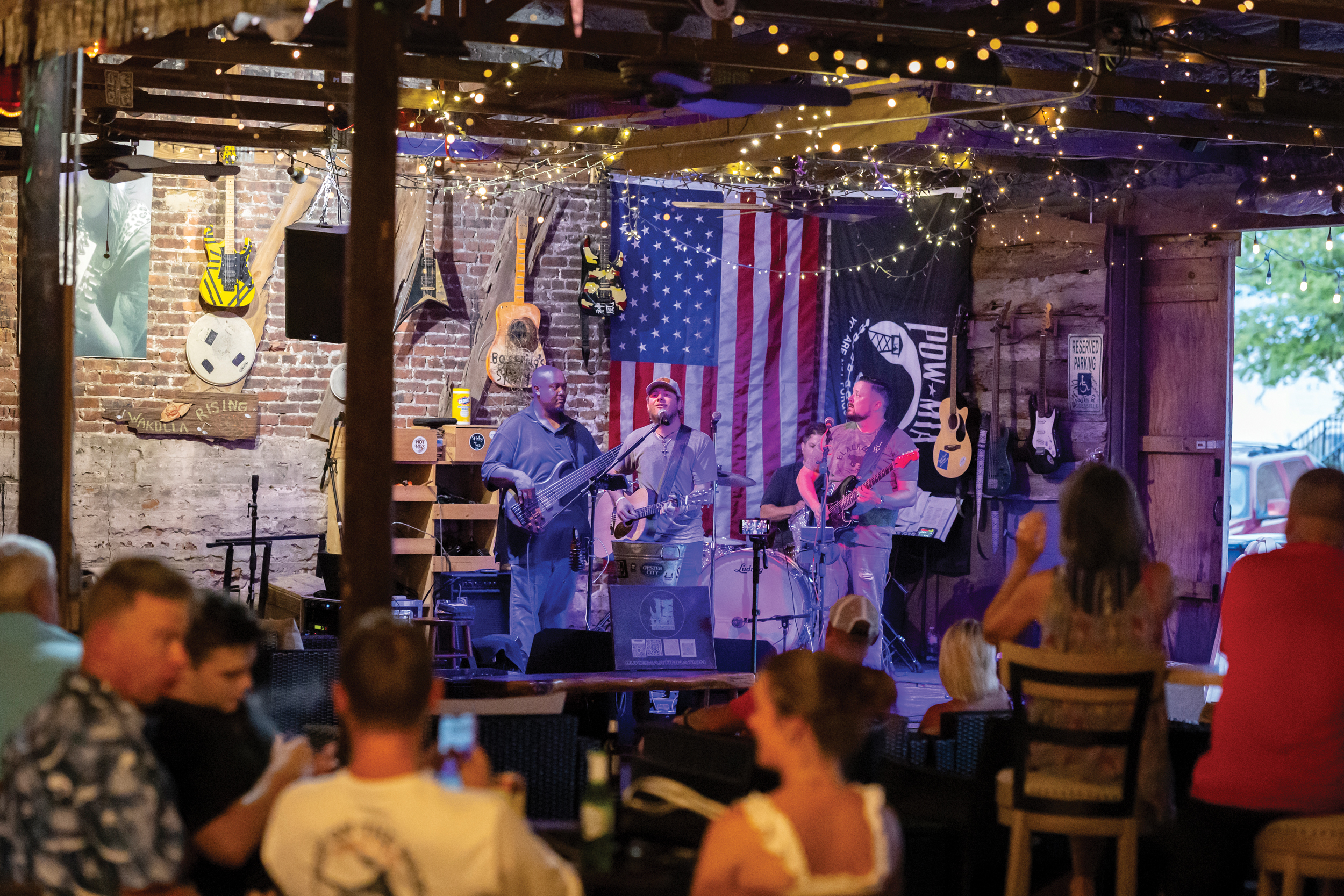 The Water Street Hotel & Marina sits little more than a football field’s distance from Half Shell Dockside. Renovated under new ownership back in 2013, the Water Street Hotel’s massive, luxury suites are complete with a full kitchen and spacious living area perfect for a family vacation or a no-fuss couple’s getaway. Leigh Coble, the general manager at the Water Street Hotel, is always ready with recommendations for her guests, whether it’s their first time in town or their hundredth.

“I have guests who know me on a personal level and even have my cell phone number, they’ve been coming for so long,” Coble said. “I love it. Even when we are sold out, I want to help them find a nice spot to eat and stay. All of our restaurants are locally owned and operated. I know what tours to book and who to call for the best golf cart rental. I just want our guests to love Apalach as much as I do.”

The World is Your Oyster