Not Just an Age Thing 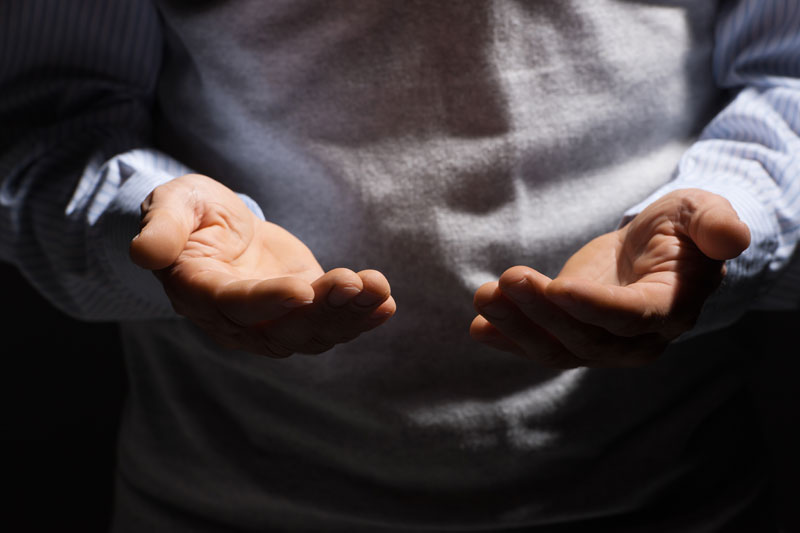 The notion of arthritis being just an affliction of old age is quickly diminishing. Today, two thirds of the 46 million people affected by arthritis are younger than 65.

Certain lifestyles can spur development of arthritis. Unfortunately, the lifestyle that seems to trigger arthritis has long been hailed as a responsible one. Common habits of the average “working-class hero” can actually cause joint inflammation and deterioration. Spending long hours standing, sitting or doing repetitive motions can all lead to joint stress. Speaking of stress, those nagging worries are damaging more than just your nerves; stress has been known to weaken the immune system and aggravate joint inflammation.

Lifestyle is not the only factor, some people are more genetically susceptible to developing arthritis and require fewer physical stressors to experience symptoms.

Stan Gramling is a Tallahassee native whose family settled here five generations ago. At 63, Stan follows in the familial footsteps as the owner of Gramling’s, opened by his grandfather in 1915. Tallahassee’s oldest feed and seed store is not the only thing that runs in the Gramling family.

“My grandfather had extremely severe arthritis. I remember seeing him when I was a kid always using crutches to get around,” he said. Gramling’s arthritis doesn’t hinder him as much and is well managed by some mild prescriptions and a few holistic practices. “I like routine, and part of my daily routine involves an hour of range-of-motion exercise in the morning and taking my vitamins and supplements with breakfast,” he explained. “I take a multi-vitamin with D3, B complex, omega 3 and flax oil, as well as Glucosamine Chondroitin. The pain is different every day. Sometimes I have real trouble with my hand from playing bass for 40 years, and sometimes my back hurts a lot from the blown disk in my spine, but all in all it’s pretty manageable.”

Arthritis does not stop Gramling from running the store full time, playing bass at shows and trying (mostly to no avail) to get his Jack Russell Terrier to lose a few pounds. “When I was younger I was very committed to eating healthy and was extremely active. I ran anywhere from three to six miles every morning, usually in a different city every week when I was playing music for a living and traveling across the country,” he said. “The inability to run is probably the most inhibiting part of having arthritis, but I still try to be active and maintain a sort of healthy diet. Like I said, I’m not big on change.”

So what can be done to prevent this debilitating disease when it seems to be caused by the everyday repetition of necessary activities? The answer is relatively simple but much easier said than done — healthy living has been proven to be the most effective prevention plan.

Dr. Pooja Patel of Tallahassee Primary Care Associates gives this advice: “I would not say there is any specific diet supplement that will reverse the effects of arthritis, but I do recommend healthy living as both a prevention and a treatment plan for those in the early stage of arthritis. Everyone develops arthritis pain eventually, the difference of when is largely based on exercise. If the muscles around the deteriorating joints are strong and healthy, the pain will not be felt as soon or as severely. As far as vitamin supplements or elimination of certain foods, I encourage my patients to try any of these for three months, and if there is no positive change not to continue,” she said.

Research shows the success rate in clinical studies on specific diet change is about 50 percent. “I have noticed that not everything works for everyone, but until you try something you will not know what works for you,” she said. “Some people come in and swear that going gluten free or taking vitamin supplements took their pain away. I tell them that if it works for them to keep doing it.”

Patel said it is not necessarily age that causes joint deterioration, but rather an accumulation of stressors and weak muscle support. As people age, the strain on the body from years of poor nutrition and inactivity begins to take its course. The real problem here is perception — because arthritic diseases progress slowly, their risk factors are not considered on a daily basis. When problems do arise, the first thought is to prescribe drugs that can lessen symptoms, but not fix the problem.

“Start with exercise! Believe it or not, a lack of exercise can make joints even more painful or stiff,” advised Danielle Bach, clinical inpatient rehab dietician at Tallahassee HealthSouth Rehabilitation Hospital. “Not exercising weakens the supporting muscles, creating more stress on your joints. Losing a minimal amount of weight can have a profound impact on your joints. For each pound lost, you take approximately four pounds of pressure off your joints. Imagine what 10 pounds of weight loss could do.”

In addition to exercise, it can be extremely beneficial to add certain foods and vitamins to your diet. Omega 3 fatty acids have been reported to help replace the coating on joints and create a protective barrier from friction. Vitamin D3 comes from exposure to sunlight and is commonly missing from individuals who spend long hours working inside. Vitamin C helps to regrow collagen and the tissue that connects the bones, which can help lessen pain. Antioxidants present in fruits, especially berries, can also be beneficial. With especially strenuous or sedentary jobs, it is necessary to compensate for the strain put on your joints, and all of the above vitamins can be found in either foods or small daily supplements.

The problem may not be completely what is missing from your diet; consuming certain foods can actually trigger the onset of arthritis. Conclusive evidence has found that fried processed foods, carbohydrates, refined sugars and fatty omega 6 oils can increase inflammation in the body and trigger arthritis. Bach recommends trying an elimination diet to ease arthritis pain, which involves eliminating one type of food for a week and then reincorporating it to see if there is any difference.

Arthritis is not just one disease and doesn’t have just one cause. It is important to know your body and find out what works for you. In general, some thoughtful eating and a commitment to being active can really go a long way when it comes to protecting your joints and improving your quality of life.