No Match for Matcha 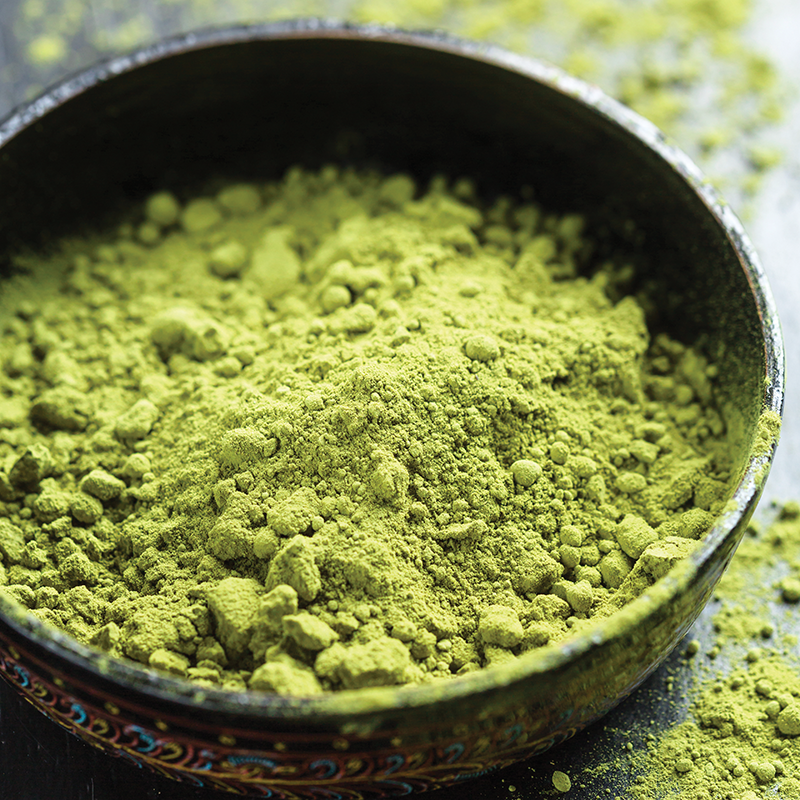 A new trend has infected the tea culture, leaving people with an urge to get their hands on a particular refined green powder.

Matcha is prized in Japan, which exports just 4 percent of the green stuff it produces. Chris Terrell, purchasing director at Tallahassee’s New Leaf Market, points out that “matcha” is made up of two Japanese words — “mat” meaning powdered and “cha” meaning tea.

China originally produced the powder, which was brought to Japan along with tea seeds in the eighth century by monks who themselves started cultivating plants.

For example, the antioxidant count of spinach is 12.6 whereas matcha contains 1,573 antioxidants, which help the body slow the aging process and fight infections. While currently popular, goji berries, pomegranate and acai berries are no match for matcha.

The mood enhancement that matcha drinkers experience is caused by the amino acid, L-theanine.

“It’s a very interesting combination of caffeine and L-theanine, so you have energy but you’re not jittery and you’re more focused,” Terrell says. Buddhist monks drank matcha when meditating because it made them more calm and more alert.

In the case of matcha versus green tea, people ingest the whole leaf, rather than brewed water.

When choosing stone-ground tea, bear in mind that the brighter the green, the greater the nutritional value. There are four grades of tea ranging in ascending order from kitchen to café, classic and ceremony. Most local cafés serve classic grade matcha.

Farmers in Japan cover their tea plants with bamboo tarps in the spring to shade them from the sun. After harvesting, leaves are steamed and air dried. Once de-veined, the leaves are called “tencha,” which is ground to become matcha.

Besides drinking matcha, an interesting spin on the powder is including it in homemade dishes.

“You can mix matcha in just about anything, muffin recipes, for example. You can even sprinkle it on top of dishes,” Yandow says.

Given its various benefits, matcha has attracted the attention of not just tea drinkers, but a wide range of people who have made it a regular part of their diet.