Here's what might help those pesky side effects of a night out on the town.

As a species, we’ve always gone great lengths to halt our hangovers.

A Depression-era Ritz-Carlton in New York purportedly would serve morning-after glasses of Coca-Cola and milk.

Ask around, and you’ll find an interesting origin or perhaps the delightful realm of pseudoscience in the average person-on-the-street cure.

But do hangover cures work?

In 2015, a group of Dutch and Canadian researchers presented a study at a neuropsychopharmacology conference in Amsterdam to demonstrate the effects of consuming food or water after heavy drinking, as most cures include of one of them.

“Those who took food or water showed a slight statistical improvement in how they felt over those who didn’t, but this didn’t really translate into a meaningful difference,” lead author Dr. Joris Verster of Utrecht University said in a news release from the study.

He concluded: “The only practical way to avoid a hangover is to drink less alcohol.”

Remember that too much drinking can lead to alcohol poisoning, which can be deadly.

In the meantime, at a miserable hour, the “hangover cure” presents an important illusion of control and the promise of relief.

Perhaps if you need a good hangover cure this holiday season, you’ll think of asking a bartender, as we did. 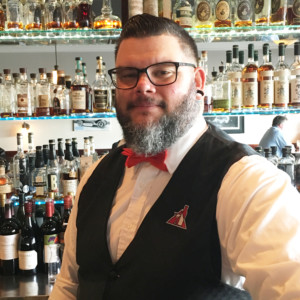 “For an upset stomach, I mix bitters and soda water: 3-5 dashes of bitters to 6 oz. soda water. For people who like hair of the dog, add 1 shot of Jameson to a cup of hot, black coffee. I also like to eat fried potatoes, like hash browns or tater tots. I learned these ‘cures’ in New Orleans at Clover Grill, a greasy spoon, the hard way from a bunch of pros.”

Why it might work: Before they appeared in Manhattans, bitters were developed and sold as patent medicines to settle the stomach. According to Oxford Dictionaries, the phrase hair of the dog, short for “a hair of the dog that bit you,” originates with “an old belief that someone bitten by a rabid dog could be cured of rabies by taking a potion containing some of the dog’s hair.” It’s true that more alcohol can delay the pain of a hangover, but you won’t escape the effects of metabolizing that alcohol. Meanwhile, we could find no scientific, chemical reason that greasy food such as the fried potatoes that Henley likes would help a hangover. On the other hand, never underestimate the psychological effect of comfort food. Will Cummings and Jeremy Norwood, bartenders at Liberty Bar and Restaurant, mentioned getting over their hangovers with miso soup and pho, respectively. 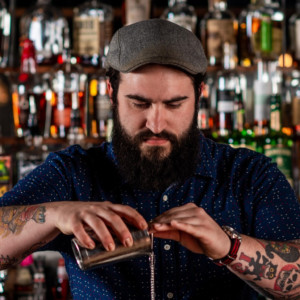 “I try to chug a lot of water. When my brother and I were traveling from Prague to Amsterdam, we decided it would be smart to try to drink an entire bottle of Jameson. I woke up three hours later absolutely dying, unable to get food or water because they didn’t have credit card machines on the plane. My brother and I both drank out of the (non-potable water) faucet that says ‘DO NOT USE! CONTAMINATED WATER!’ It helped me, and I didn’t die. I also like to eat cold sandwiches like turkey and avocado or poke bowl with things like rice, edamame, cucumbers, salmon or tuna.

Why it might work: Alcohol dehydrates the body, and water replaces what has been lost. And part of the pain of a hangover could be low blood sugar, so eating helps. We couldn’t find any research on food temperature, but some say that room temperature or cold foods are less likely to provoke nausea. 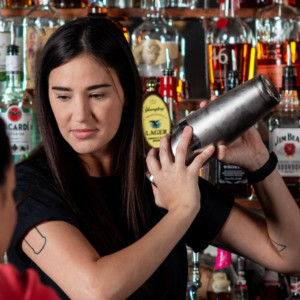 “I like spicy food, such as Indian food or tacos. A virgin bloody mary (bloody mary mix, horseradish, Tabasco) can have a psychosomatic effect, like ‘hair of the dog’ but without the alcohol. To prevent a hangover, I continually eat while I drink. But don’t drink a lot and then think Whataburger will fix it — your body has already metabolized the alcohol.”

Why it might work: Moerlins suggested that the capsaicin in spicy foods raises endorphin levels. Another theory is that the pain of spicy food distracts the body from the pain of the hangover. While it’s true that eating before drinking helps slow the absorption of alcohol, as Moerlins points out, it won’t work afterward 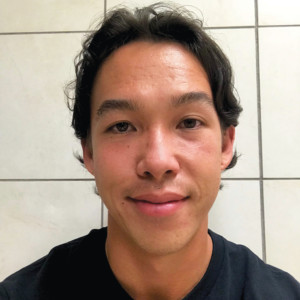 “I mix about half a teaspoon of ground Himalayan pink salt in a 16 oz. glass of water. Drinking a little salt with the water helps you to rehydrate and replenishes sodium, potassium and magnesium. Himalayan salt is higher in mineral content.”

Why it might work: Electrolytes! Alcohol dehydrates the body. Keeping electrolytes such as sodium, potassium and magnesium in balance helps to regulate hydration.