The Thrill of Kiteboarding

A sport that takes you to new heights

I sit back in the water, knees at my chest, and quickly jam the board on my feet before the next wave hits. As I pull the control bar the giant crescent-shaped orange and black kite flying above me turns in response, diving quickly toward the water. The kite’s power is transferred down the four lines to the harness around my waist and rips me up out of the water and onto the board. I zip over the swells, heading away from the beach at St. George Island and into deeper water as the kite pulls me along. For several moments, it’s just me, the water and the wind as I enjoy a peaceful but thrilling ride.

All too soon, my imperfect stance and balance get the best of me, and I accidentally lose the board and hit the water face-first. In the confusion of my wipeout, I lose control of the kite. It crashes into the water and a swell immediately swamps it, preventing me from re-launching in the light wind.

I steadily tug one of my lines while bobbing up and down in the Gulf in a futile attempt to force the kite back into the air. John Parsons, my kiteboarding mentor, glides past me. “You’re going to have to swim in; I’ll find your board!”

Frustrated, I roll over onto my back to keep free from my lines and gear and begin the painstakingly slow swim back to shore, dragging my waterlogged kite behind me. It’s the middle of winter, and I eventually crawl onto the empty beach, exhausted and thankful for the warmth of my wetsuit. 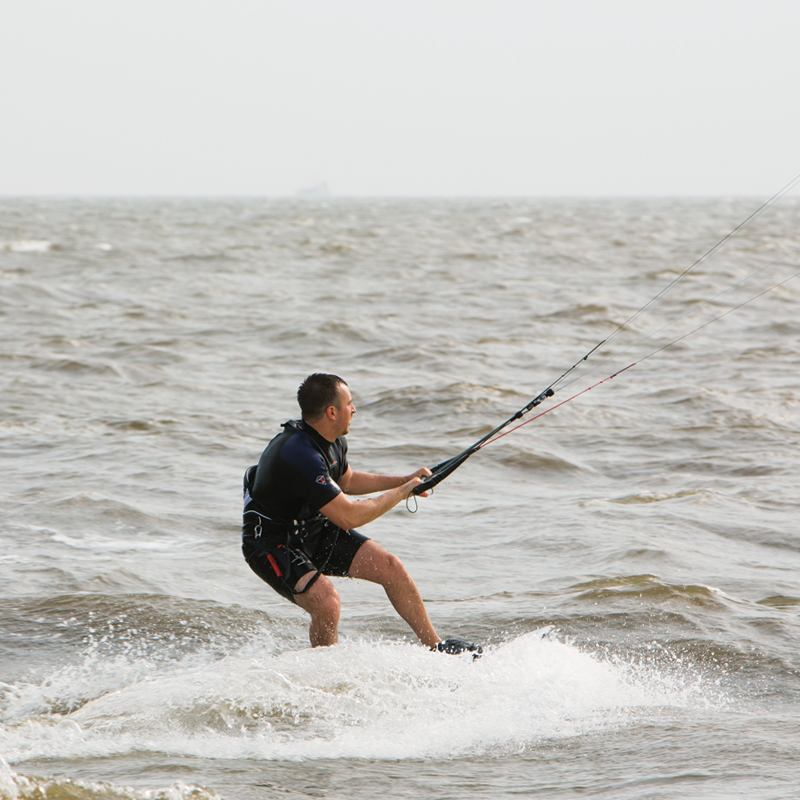 I’m a newbie to the sport of kiteboarding and in the months after my only official daylong lesson, I have been hanging out with Parsons, a seasoned kiter, anytime there is enough wind on the weekends to fly the kites.

I easily picked up the basics of flying the kite, but I have struggled from Day One to ride the board properly, likely due to my lack of experience with other board sports and an unusually calm winter full of windless weekends. My continual wipeouts have led me to dub what I do as “kitecrashing.” And I’ve inadvertently mastered several of my own crash tricks, such as the flying-out-of-the-water “Mullet,” or my favorite, the sinus-filling “Neti Pot.”

Kiteboarding, also known as kitesurfing, isn’t new, but its popularity is exploding. So much so that officials considered adding it to the sporting lineup of the 2016 Summer Olympics in Rio de Janero. (The effort failed. It’s still a non-Olympic sport.) 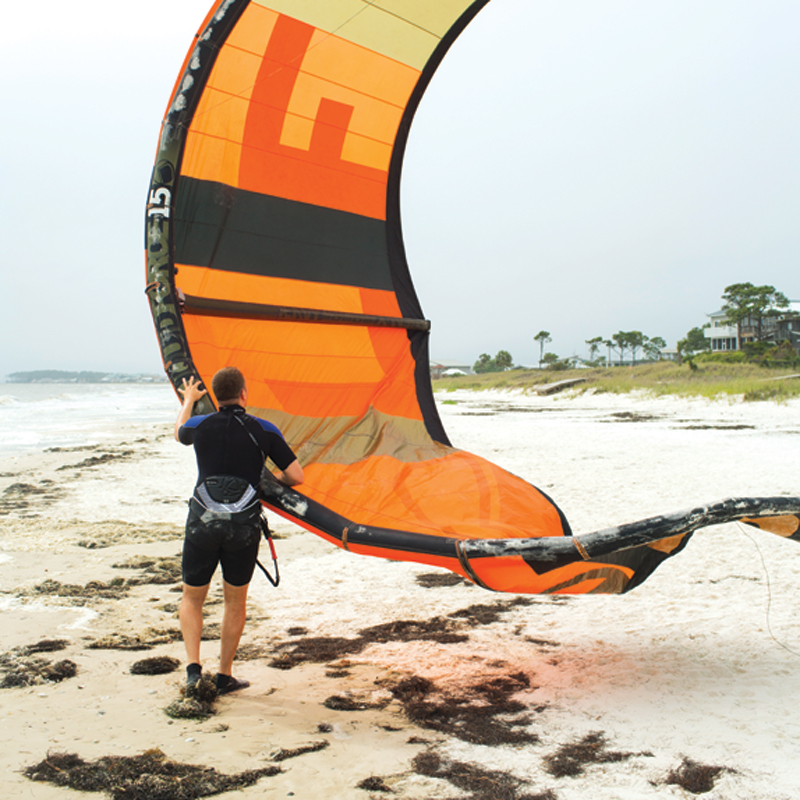 Basically, the sport’s main component is a special kite that pulls the rider through the water and can even lift the rider into the air. Lines run from the kite to the harness around the rider’s waist, and the rider controls the kite with a control bar attached to the lines. The most common type of board — the twin-tip board, which is similar to a wakeboard — can be ridden in either direction. There are several different styles of kiteboarding, including races over a course similar to yacht racing, airborne tricks and wave riding.

Although considered an extreme sport, modern kiting equipment utilizes safety features that minimize the risks. Just about anyone in moderate shape with decent balance and coordination can learn to kite. But it’s not cheap. A complete set of gear can cost upwards of $2,000.

It doesn’t require a lot of strength; the power of the kite is held by the harness, not the rider’s arms. I imagine having a background in board sports may help with the learning curve. Those with flexible schedules who can kite anytime the wind is blowing will get in more time on the water than those who can only go on the occasional windy weekend.

The first step into the sport of kiteboarding is to take lessons from a professional instructor, costing around $100 per hour. If you’re unsure it’s something you would be interested in, stop by a coastal shop to learn a bit more about the sport to help you decide if it’s for you. Florida State University has had a kiteboarding and kitesurfing club for more than 10 years. Only students can use the club’s equipment, but others are invited to join them during their forays to the beach.

Whether you pick it up immediately, or (like me) it takes you a little longer, kiteboarding is an exciting and challenging venture. So take lessons, grab your gear and meet me at the beach. I’ll be practicing my new kitecrashing trick, the “ostrich.” 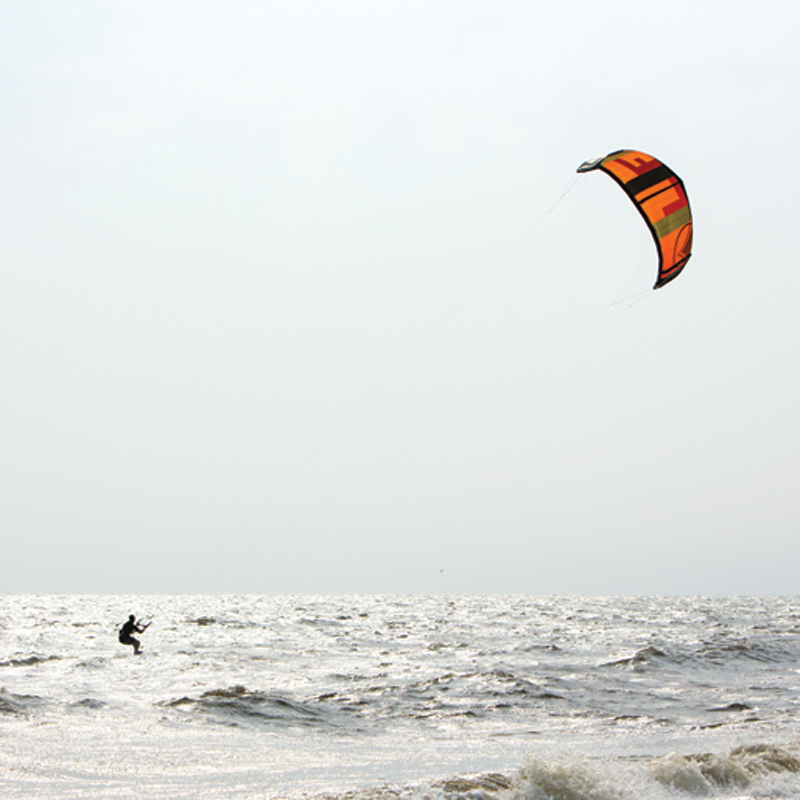 Categories: Day Trips, In Their Own Words