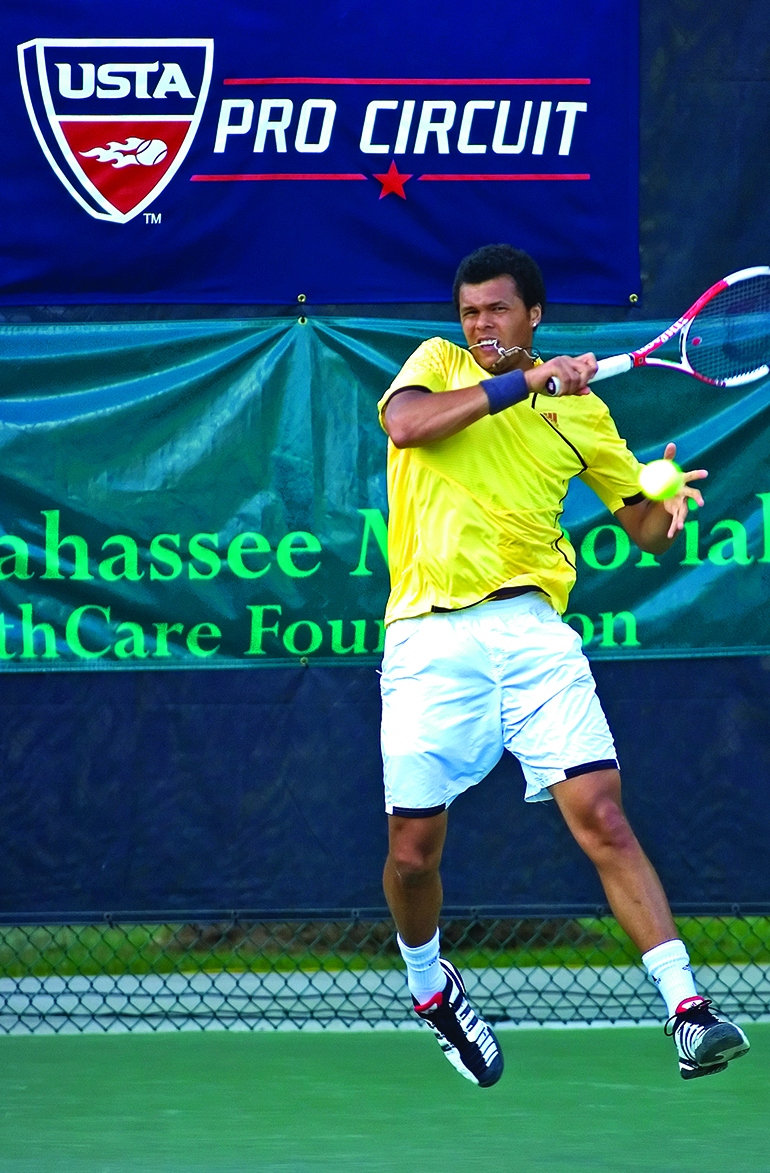 Tallahassee tennis fans don’t have to travel far to see some remarkable tennis matches featuring budding or re-emerging American and international players: Every April, the eight-day Tallahassee Tennis Challenger takes place at the Forestmeadows Parks & Athletic Center, bringing the world of professional tennis to the community. The Challenger marked its 18th year in 2017.

“It’s one of our marquee events for the city of Tallahassee,” said Glen Howe, the city’s tennis superintendent. “You’re talking about players who are in the top 250 of the entire planet. You never know who you’re going to see out there.”

In fact, the tournament’s catch phrase is, “Catch a Rising Star Today.”

The Challenger has drawn “a number of players who have risen to the top 10 in the world,” said Howe, citing prominent athletes such as John Isner and Jo-Wilfried Tsonga, plus Donald Young, who is ranked No. 45.

The Challenger is a “gateway” to professional tennis for juniors, up-and-comers and experienced players who are coming back after injuries, said Jacob Stuckey, tournament press aide.

Players competed for $75,000 in prize money at the Tallahassee tournament this year, up from the $50,000 paid in previous years.

The tournament is one of three events in which American players competed for points to win a spot in the French Open tournament in Paris.

The tournament helps to fund the Maria Yealdhall Challenger Tennis Fund at the Friends of Our Parks Foundation. It also benefits the D. Mark Vogter Memorial Endowment for the Neuro Intensive Care Unit at Tallahassee Memorial Hospital. In the past 18 years, the tournament has contributed more than $700,000 to this particular endowment.

D. Mark Vogter was the late husband of Karen. They were both avid tennis fans who started housing players in the tournament’s early days. Today, Tallahassee residents remain generous about opening their homes to players, said Lyn Baggett, the Challenger’s chairman of player housing.

“We had about 20 homes for players to stay this year,” she said.

Latvian player Mikelis Libietis, who stayed with the Baggetts during the Challenger, said that tournament home-stays “are huge. It’s one of the reasons I keep coming to the U.S. We travel so much and all we see is hotels. Here, we get to meet new people who care about tennis.”

And there are, apparently, plenty of people who care about tennis in the city. “Tallahassee is pretty much a hotbed for tennis in North Florida,” said Howe. “With a population of 170,000, Tallahassee has 5,000 to 6,000 tennis players participating on 55 of the city courts.”

The city also hosts another major tennis event, the North Florida Jr. Designated, which takes place from July 14–16 and features 350 of the best juniors in Florida, said Howe. It’s played on five sites, including Forestmeadows.

For more information about the Challenger, email KVogter@tallahasseechallenger.com. For more info on tennis in Tallahassee, email glen.Howe@talgov.com, or call (850) 891-4979.