The Party’s Over, My Friend 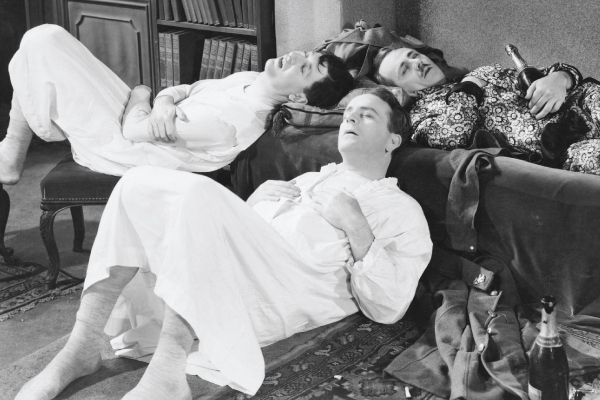 With every late night of drinking comes the impending possibility of tomorrow’s hangover. There are many tried-and-not-so-true methods of hangover avoidance. Now that the party-filled holiday season is upon us, here are three popular hangover “cures” that don’t work — and some alternate strategies to consider.

1. Hair of the Dog
Not sure which fraternity brother came up with the idea of consuming more alcohol the morning after a night of partying, but his efforts to produce an effective hangover cure have failed. According to WebMD, a hangover begins when the blood-alcohol level starts to fall, with the hangover reaching its most painful levels at a blood alcohol content of 0.0. Therefore, drinking a beer (or mimosa, for the ladies) in the morning only prolongs the hangover you will inevitably feel later in the day.

Drink Gatorade or water the following morning. Even though Gatorade may not return the pink stiletto you lost, it will replace the electrolytes you “misplaced” the night before. Drinking water throughout the night of partying can also ease the effects of tomorrow’s hangover.

2. Take a Tylenol Before Bed
Conspirators get an “A” for effort for this hangover myth. It seems logical to take a painkiller before turning in to ensure the impending pain will be gone by morning. The only crack in that martini glass is that acetaminophen, brand name Tylenol, actually becomes toxic when mixed with alcohol, and could cause liver damage. The decision to take acetaminophen before bed doesn’t work in your favor either, because the drug’s peak effectiveness will occur while you’re still sleeping.

Take an Ibuprofen first thing in the morning. “Get up and take 800 milligrams of ibuprofen an hour before you need to be functional,” advises Dr. David Clayton. “You’ll feel awful when you wake up to take it, but you’ll feel much better an hour later.”

3. Eat Before You Hit the Sack
We’d all like to think that the 3 a.m. binge at Whataburger or scarfing down last night’s leftovers before calling it a night is absorbing the consumed alcohol. In reality, it is just adding calories to the list of unhealthy things you’ve consumed in the last five hours.

Eating before drinking. Drinking on an empty stomach allows the alcohol to travel straight to your bloodstream, speeding up the drunk-to-hungover process. But if you eat a decent-sized meal before a night of revelry, your body will be busy digesting your meal even after you’ve started drinking, slowing down the “drunk process” as well.