Resolutions That Aren't So Black and White 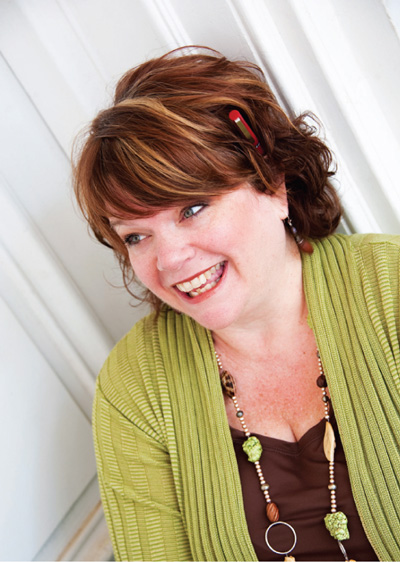 In the past, whenever it came to resolutions, my thinking was always pretty black and white: Either the promise to improve was kept, or broken. On the diet, or off. Exercising every day, or not at all. House in perfect order, or an unholy mess. Success or — invariably — failure.

Last May, I decided to embark on a detoxification process that would require me to be totally “on it” for two weeks. It was pretty extreme — only antioxidant drinks and pureed organic vegetable soups the entire time. No salt, sugar, meat, wheat, caffeine, booze, processed foods … essentially a description of my typical diet.

When I began, I was fat, tired, stressed and had digestive issues that were making me miserable. Before throwing even more medicine at my symptoms, I decided to do the detox to “reset” my system and hopefully discover if reactions to certain foods were the root cause of my distress.

It was one of the hardest things I’ve ever done — and a revelation.

Within the first week, I lost weight, had more energy, thought more clearly, slept better and was in a better mood than I could ever remember. And lest you think I was kidding myself, my blood sugar numbers didn’t lie. I am diabetic and, even with lots of medication, my fasting blood sugar usually ran between 130-140. By the end of that first week, it dropped to the mid-80s. When my doctor saw my A1C number afterward, he said it showed “perfect control.”

Which is the only reason why I stuck with it. It was hard. Not that I was hungry, but I became aware of the incredible amount of food cues in my life. Dozens of times a day, I was faced with food — cookies in the office, juicy hamburgers on a TV commercial, driving by restaurants. Dozens of times I had to say “no” to temptation.

The third week of my program was a gradual re-introduction to a more normal diet, albeit one radically different from what I was used to. I’d like to report that my new, healthier lifestyle carried on throughout the year but, hey, this is me we’re talking about.

Yes, I backslid into my old habits, gained back the weight and started feeling punk again. I’m detoxing again, but this time, it’s different. I don’t expect that I’ll be “perfect” once it’s all over, but I’m hopeful something will “stick” this go-round. The first time, I stopped salting my food at the table, ate more salads and drank water much more often than I used to. Maybe this time, I’ll keep up with the exercising or give up the fried food.

With that in mind, we created the “New Year, New You” feature package. We looked at many of the typical resolutions people make and asked local experts give advice on small steps we can take to improve our lives.

Do them all. Or just pick one and give it the old college try. Just remember, it’s not black or white. You can find happiness in the shades of grey.

WELL DONE, GIRL SCOUTS
Last November, I was one of 16 honored as a “Woman of Distinction” by the Girl Scout Council of the Florida Panhandle and feted at a gala dinner surrounded by friends. I was asked to write something about what the honor meant to me and came up with a few paragraphs I wanted to share with our readers, because it’s how I feel about the Girl Scouts and all the women and girls they have touched over the past century.

Several years ago, I read an article about the “average” American. She was a woman, in her 30s, with two kids …. As I read on, I realized that story was describing me to a T. Average.

In many ways, I am as “average” as any other woman, but my position as editor of Tallahassee Magazine offers me visibility and opportunities to serve. I feel it’s my duty to embrace my time in the limelight and do what I can to help others. But I am well aware there are “average” teachers and social workers and store clerks and office workers and people who work hard to maintain faith and family daily who are every bit as much a “woman of distinction” as I’ll ever be.

And that’s what I think makes Girl Scouts so special. I see a world full of girls like me who, with guidance and encouragement, can fulfill their potential to become the women of distinction they were meant to be. For 100 years now, Girl Scouting has provided girls the opportunity to envision and work toward a future filled with accomplishment.