Should visual artists be assigned rights like those of writers?

Being an artist, especially if your vision of the world doesn’t match the current aesthetic zeitgeist, can be as rough as a cob. Most people interested in the visual arts, especially painting, know the tales of Vincent van Gogh trading for food or art supplies without having sold any of his canvases. Fortunately for subsequent generations, his brother, Theo, aware of Vincent’s gift and recognizing Vincent’s crippled emotional state, contributed to the artist’s support.

Yet even between the two devoted brothers, it must have been a case of the blind leading the self-mutilated. Barely six months after Vincent’s suicide, Theo died of syphilis. Except for the paintings he’d bartered with, Vincent’s collection went to Theo’s wife and from there to Vincent’s nephew. Today, Van Gogh paintings go for as much as $120 million — money that finally overstuffed the accounts of someone of the third generation.

Today, not much has changed, even for artists fortunate enough to make periodic sales. If they’re tough enough and their commitment to art turns out to be enduring, they are still likely to lead a hand-to-mouth existence. And, they may watch the one $500 sale they make in a given year later auctioned off for a hundred times that and enriching a latter-day collector.

Artists of all stripes know that scenario, including Florida-born B.F. Taylor, who in the flush of his love affair with painting, founded the Aegean School of Fine Arts in Greece. There, he died pulled apart by trying to straddle the abyss between artist and administrator. He was intense when painting and straightforward with two generations of students in taking potshots at the perennial problem of artists’ rights.

“Sure you can copyright both visual art and literary art, but look at this — a writer can get royalties on his book sales and rights for life and 70 years more,” Taylor once said. “And on top of that, in a sense there’s no original; a writer is selling copies! When you or I sell an original painting or a sculpture, copyright aside, that’s all we get!”

In addition to copyrights, artists might certainly profit from moral and resale rights. When questioned about the latter, a majority of interviewed artists viewed the “all you get” principle as an inescapable reality as if “continuing rights” were a tale from either the Big Rock Candy Mountain or France. 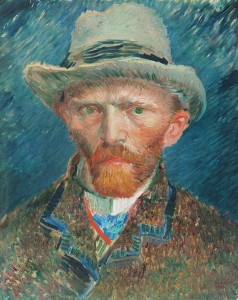 On the other hand, Preston McLane, director of FSU’s Fine Arts Museum, put in perspective the gradual shaping of artists’ rights over the past century and a half. French and German movements embraced the issue. The Berne Convention in 1883 established copyright laws in the signatory European countries.

Forty-five years later, with the 1928 Rome revision of the convention, came the adoption of the Moral Rights of Artists bill. The gist of “Moral Rights” involved listing on paper an artist’s legal rights over his or her creation based on the nature of the artist’s livelihood.

That roaring, pre-Depression era convention guarantees that the integrity of an artist’s work shall be preserved, even if he or she no longer owns it, thus preventing a collector from cutting up a sculpture and selling off pieces of it. The second guarantee is that of paternity, meaning that a work of art can’t be shown without the name of its creator. The other two rights, disclosure and withdrawal, declare that an artist is not obliged to show a work until he or she deems it to be completed, and that an artist has the prerogative to remove a work from a display.

It took the U.S. a while to catch up with these conventions. In the spirit of European conventions, California passed in 1979 its Art Preservation Act, a precursor to the federal Visual Artists Rights Act passed in 1990.

However, despite all the gains in “continuing interest,” the bill of Moral Rights does not entitle artists to remunerations like Taylor’s writer collecting royalties.

Segundo Fernandez, a senior partner in the Tallahassee law firm of Oertel, Fernandez, Bryant & Atkinson, is a go-to guy on the subject. He’s an FSU graduate with degrees in both law and art history and was asked about how an artist could, after the initial sale of an art object, collect on subsequent sales.

“At this point, the question comes down to a legal issue,” Fernandez said. “I know of an artist in Seattle who works in glass. I don’t know the details, but his sales contracts are set up so that if the buyer wants to resell, the artist gets first refusal to buy back. And the buy-back price is specified.

At that point, something comes to yours truly, and I ask the attorney, “What would you think of putting a QR code on the back of artists’ canvases or under their sculptures’ bases to authenticate the piece and keep track of owners, stuff like that?”

The early brush strokes of an idea, I’d say.

1928
The Rome revision of the Berne Convention includes the adoption of a Moral Rights of Artists bill.

1979
In the spirit of measures adopted in Europe, California passes an Arts Preservation Act.