So Many Ways to Indulge in Fall’s Favorite Flavor 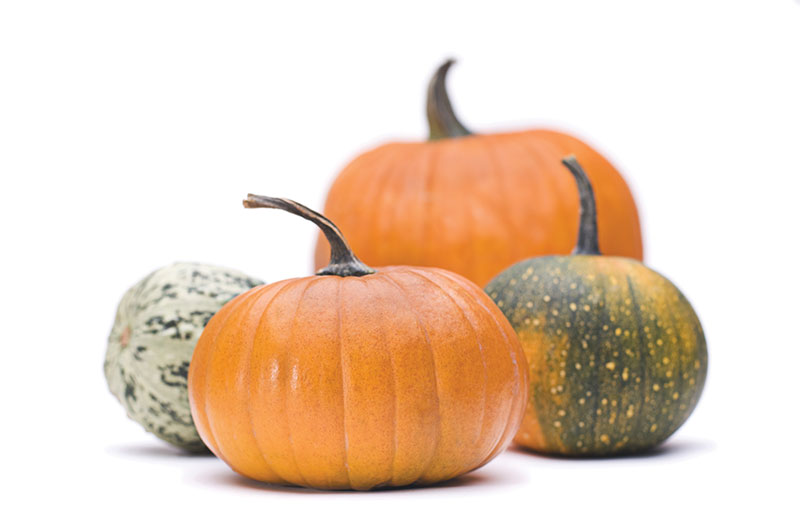 It’s that time of year when the aroma of cinnamon, ginger, nutmeg and clove fills the air, and the image of that orange gourd is omnipresent. From hummus to marshmallows, Pringles to whey protein powder, the signature flavor of fall can be found in almost every edible imaginable.

Perhaps the most recognizable form is the Pumpkin Spice Latte. This Starbucks beverage, whose arrival is eagerly anticipated each year, has become an autumnal icon. Starbucks wasn’t the first to make a pumpkin-pie-inspired coffee beverage, but it was the first to make it a branded  phenomenon.

Development of the Pumpkin Spice Latte began in January 2003. Starbucks’ seasonal winter beverages — the Peppermint Mocha and Eggnog lattes — were so popular, the company decided to create one for fall, too. In a preliminary survey, the idea of a pumpkin coffee drink was not popular. The developers, however, saw its potential; after months of experimenting, the final recipe debuted in fall 2003. Within the first week, sales had already exceeded expectations. Today, the latte — often known by its initials, PSL — is the most popular seasonal Starbucks beverage of all time.

The recipe has remained unchanged for more than a decade. It features cinnamon, nutmeg and clove. (The actual flavor of pumpkin is in the formula, but it’s not discernible.) In the 12 years since its creation, more than 200 million Pumpkin Spice Lattes have been sold, and the initials “PSL” have been trademarked. Fans of the beverage share their love of the Pumpkin Spice Latte with more than 3,000 tweets per day during the fall.

Tallahassee’s Catalina Café has put its own spin on the latte with the Catalina Pumpkin Spice. Owner Maurice Moulton said seasonal lattes are fun, and something to look forward to — but “if you’re gonna do a pumpkin spice, let’s do it right.” The café uses real, fresh and local ingredients.

“We really take pride in our attention to detail, fresh ingredients, such as ginger root in our ginger sauce, and our creativity,” said co-owner Patricia Allaire. The café’s signature pumpkin sauce, created by Allaire, is made with real pumpkin and a blend of spices.

In addition to beverages, the Catalina Café offers pumpkin cookies and pumpkin bread, both made with pumpkin purée, and pumpkin-spice sugar cookies, all made from scratch.

The pumpkin craze has spread far beyond coffee shops, too. The number of pumpkin-spice menu items in restaurants increased 234 percent from 2008 to 2012. Stores such as Trader Joe’s offer even more opportunities to incorporate these fall flavors into your kitchen, stocking more than 40 pumpkin-themed products.

Savory fare includes pumpkin soup, pumpkin ravioli, and a salad with pumpkin seeds, pumpkin cornbread croutons and pumpkin vinaigrette. Beverages complete the pumpkin experience: Pumpkin spice coffee, tea and even pumpkin beer are available. Not even Fido has to miss out on fall flavors — pumpkin dog treats are also on Trader Joe’s shelves.

If you want to make the most of pumpkin flavors this fall, experiment with the real veggie. One cup of canned pumpkin purée is only 80 calories and contains 7 grams of fiber, 3 grams of protein and just 1 gram of fat. Unlike artificially flavored products, pumpkins are rich in vitamin K and beta carotene (which is converted to vitamin A in the body). When purchasing pumpkin purée, make sure it’s not pumpkin pie filling — it should not contain added sweeteners or spices.

After all, canned pumpkin isn’t just for pies. It’s a versatile ingredient that can play a starring role in breakfast, lunch, dinner, dessert and snacks.

How To Host The Most Spirited FSU Game Day