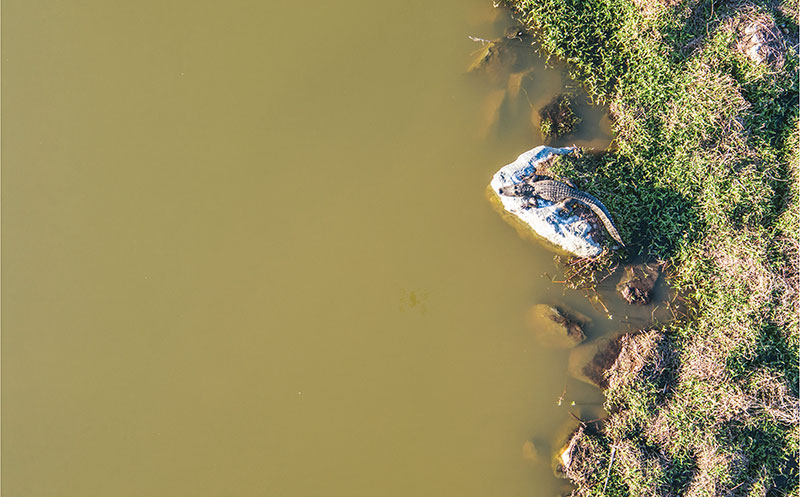 Who really is to say if the gator even was aware of the machine — an unmanned aerial vehicle (U.A.V.) — that hovered above his sunning spot at Okeeheepkee Prairie Park.

If the gator saw the device at all, it likely dismissed the curious looking bird as mere food beyond its reach. It was unbeknownst to the reptile that its privacy had been violated — a parallel case involving a sunbathing Princess Kate comes to mind — and that images surreptitiously obtained would be placed in wide circulation via Tallahassee Magazine.

Poor gator. It was only doing what comes naturally and had no idea that it was running the risk of exposure.

So it was that the gator could not help itself on an unseasonably warm March day. It just had to catch some rays.