The Best Resistants for Pesky Backyards in Summer

Resist pests but protect beneficial bugs that will help your garden and landscape flourish.

Winter in North Florida tends to be mild, although it can be chillingly reminiscent of colder climates.

Case in point: last winter, which got cold, stayed cold and seemingly refused to go away.

On the other hand, summer in North Florida has no such identity crisis. It gets hot and muggy and stays hot and muggy. And buggy.

Mosquitoes and other biting insects can make it difficult to enjoy leisure time in your yard.

Our heat and humidity create conditions that are favorable to pest population explosions.

Before you grab that container of industrial strength, broad-spectrum insecticide, think about the unintended consequences of using it.

You might be killing your best allies in the war against biting bugs.

“Not all bugs are your enemy,” said Mark Tancig, Leon County horticulture agent at the University of Florida/Institute of Food and Agricultural Sciences Cooperative Extension Service.

“Many are what are called ‘beneficial insects,’ because they eat or prey on the bad bugs that you don’t want.

“Broad-spectrum insecticides kill indiscriminately, taking out your insect friends as well as your insect enemies,” he said.

In addition, overuse of broad-spectrum insecticides can lead to mutations in insects that make them resistant to the poisons insecticides contain, so that they don’t work anymore. 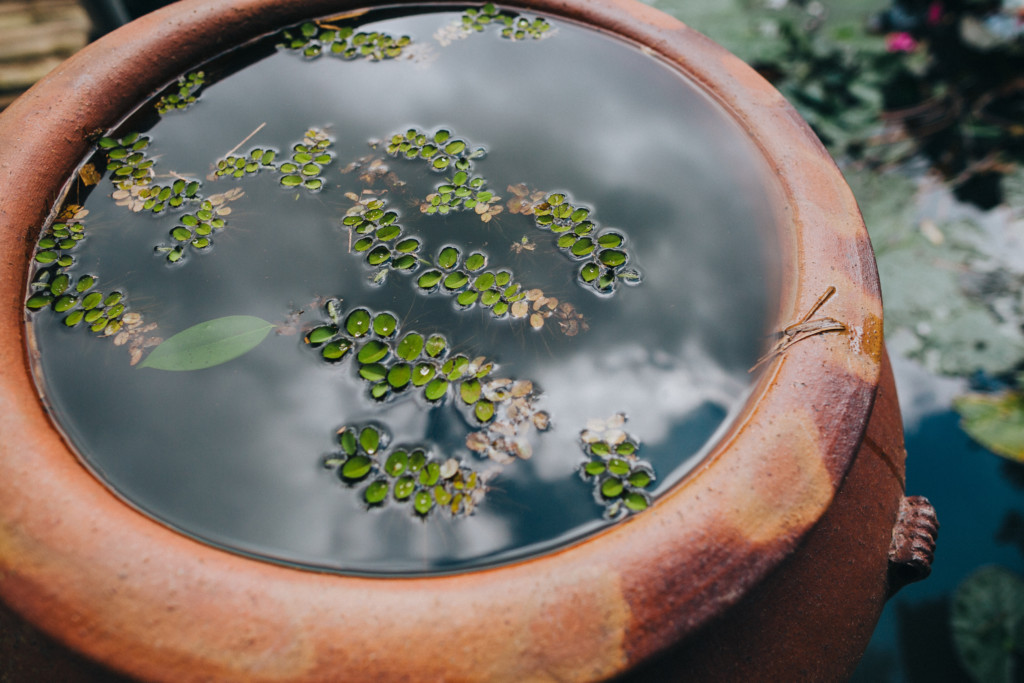 Most mosquitoes in your yard hatched nearby. Fight back by draining sources of standing water, including birdbaths, twice a week. Photo by Light Field Studio

So what should you do to keep mosquitoes and other biting and stinging insects at bay?

The very best thing you can do, Tancig said, is check your yard twice a week for standing and trapped water, which is where mosquitoes breed.

“If you’ll check your yard on Monday and Friday and dump the water from empty flower pots and other containers, you’ll keep the population in check,” he said. “The other thing you can do is apply insect repellent.”

It was developed by the U.S. Army in 1946 for use by military personnel in insect-infested areas and was registered for commercial use in 1957.

DEET is available in products with varying levels of concentration.

DEET is toxic, and some people are not comfortable applying it to their skin.

According to Popular Science magazine, 20 years of research studies have all shown that DEET is generally safe to use on your skin, and there’s no direct evidence that it harms the nervous system.

However, do not use it on pets; they might lick it off and ingest it. And don’t let your pets lick you after you’ve applied it to your skin.

If “generally safe” and “no direct evidence” are a little too iffy and vague for you, there are natural, less toxic alternatives.

Mosquito Beater is applied in your yard with a hose-end sprayer and lasts about a week.

Skeeter Screen is a combination of essential oils. Area nurseries, including Tallahassee Nurseries, Native Nurseries and Esposito Garden Center, all carry a variety of bug-control products.

Setting a citronella candle bucket on the ground nearby provides some protection for your feet and legs; just don’t forget it’s there and kick it over.

Don’t waste your time with the electric bug zappers, though.

University of Florida research studies showed they actually attract more mosquitoes to your yard but kill mainly beneficial insects. In one study, one zapper killed 10,000 insects, but only eight of them were mosquitoes.