▪ The John F. Kennedy Center for the Performing Arts recently announced the addition of 11 Partnership Teams from across the nation to its 13th Partners in Education Institute program. A Tallahassee program, Seven Days of Opening Nights/Leon County Schools, made the cut. Teams will be inducted at the Partners in Education Institute April 23–26, 2014, at the Kennedy Center. The four-day intensive program is designed for arts organizations and school districts interested in partnering together to initiate or expand professional development programs for teachers.

▪ The NCAA recently announced hosts for 82 of its 89 championships for the 2014–18 seasons, and Florida leads the way with 42 championship site selections, the most of any state. The site selections include events hosting both men’s and women’s championships, and the selected cities, including Tallahassee, represent 39 states across the United States. Overall, 29 NCAA Championship events will be held in 16 Florida communities in 10 different sports. “The selections show the efforts put into sports tourism in the state of Florida,” said John Webb, president of the Florida Sports Foundation. “It’s really great to see the sports commissions, convention and visitors bureaus, universities and venues put these successful bids together that result in an enormous amount of visitors and economic impact for the state of Florida. There’s some really good momentum going on right now with sports tourism and hosting events. We will work together to continue this trend.” Florida has plenty of experience hosting high-profile NCAA events. It has hosted the 1999 Final Four, the 2008 Women’s Final Four, the 2012 Frozen Four, the Division I Women’s Volleyball National Championship and four BCS Football National Championships.

▪ The United Way of the Big Bend recently won an Emmy Award for the Elect United television public service announcement (PSA) series from the 2012 campaign. Sachs Media Group worked to conceptualize, script and produce three edgy, creative TV PSAs centered around the theme “Elect Apathy, the alternative to the United Way,” employing reverse psychology in the style of political spots. They were designed to catch viewers off guard with a unique message, encouraging them to remain apathetic about our community’s problems and do nothing to help. Those PSA spots supplemented three different PSAs that touted the positive effects UWBB has on communities.

▪ Tallahassee Community College faculty member Carlos Miranda, whose artistry involves photography, painting and digital painting, was recently accepted as a member of a worldwide artist community exhibiting through the online branch of the prestigious Saachi Gallery of London. Miranda said his participation in Saachi Online is the first time all of his work has been hosted at a single location. “I am excited about this new prospect,” he said. Miranda teaches several courses that are part of the graphic design and computer game design programs in TCC’s Division of Technology and Professional Programs.

▪ Aegis Business Technologies was named to the Ingram Micro 2013 SMB 500, a list culled from more than 20,000 solution providers in the United States along with managed service providers (MSP) who work with Ingram Micro’s U.S. SMB Business Unit. “At Aegis our goal is to provide the best technical solution at a price point the customer can work with. Our relationship with Ingram Micro is a key part of that equation,” said Blake Dowling, Aegis chief business development officer. The list debuted at Ingram Micro’s 2013 Fall SMB Invitational and celebrates the top 500 fastest-growing Ingram Micro U.S. channel partners focused on small and midsize businesses. Ranked at number 365, Aegis grew its business with Ingram Micro Inc., the world’s largest technology distributor, by more than 80 percent. 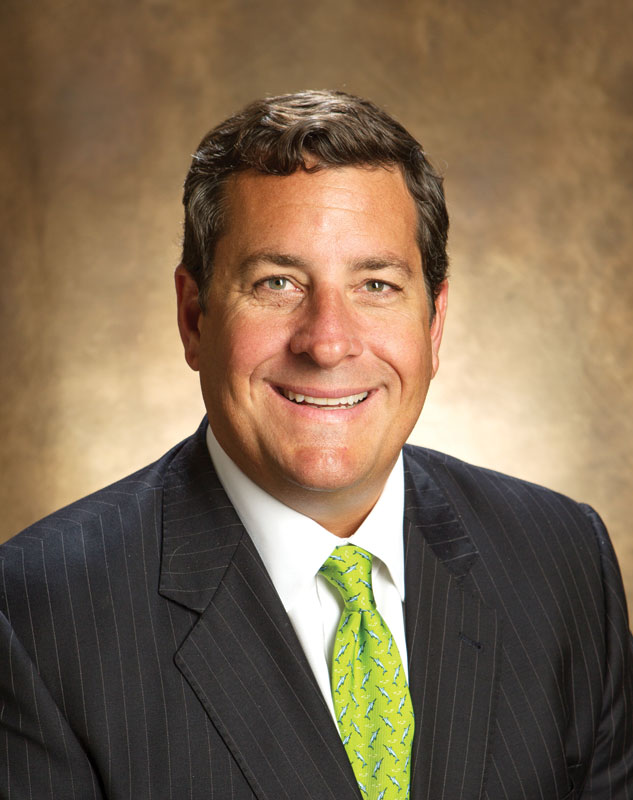 ▪ American Banker has listed Capital City Bank among its inaugural ranking of “Best Banks to Work For.” Coming in at No. 9 among participants with asset sizes up to $3 billion, Capital City Bank is in the company of 35 banks from around the country lauded as the cream of the crop in workplace quality issues such as benefits, opportunities and even fun. “Our associates are our most valuable resource. They are the foundation of what we do,” said Bill Smith, Capital City Bank Group chairman, president and CEO. “At Capital City Bank, we aspire to be more than a bank to our clients and emphasize creating positive, memorable and exceptional service experiences. Our associates make it possible to live up to this promise. I’m proud of our team of bankers and honored that Capital City Bank has been recognized in this way.” 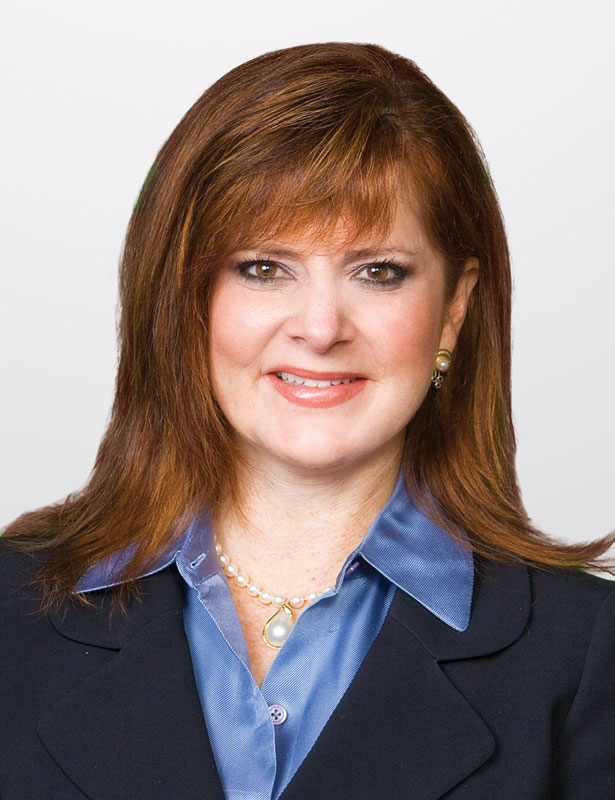 ▪ Holland & Knight is pleased to announce that Tallahassee attorneys Sarah Butters and Mia McKown have been elected to partnership effective Jan. 1. Both were formerly senior counsel. Butters, a member of the firm’s Business Section, is experienced in trust and estates litigation, sophisticated estate planning, the administration of probates, guardianship and trusts, and the formation and administration of charitable organizations. McKown, a member of the firm’s Litigation Section, represents health systems in antitrust matters and has in-depth experience in representing businesses and professionals that need licenses or other approvals to do business in Florida. She also handles client matters involving bid protests before state agencies and assists in preparing responses to bid requests for clients.

▪ Cherie Bryant has been named Planning Manager for the Tallahassee-Leon County Planning Department. The position serves both city and county governments. Bryant started her professional career in 1996 with the Florida Department of Community Affairs. Two years later, she took a position as a project manager with Summit Professional Services where she helped prepare federal and state grant applications. In 2001, Bryant joined the Tallahassee-Leon County Planning Department as the Land Use senior planner. Since then she held several key positions within the department, including transportation planner, acting land use manager, special projects manager and manager of the Comprehensive Planning and Urban Design division. Bryant has served as the interim planning manager for the TLCPD since July 2013 and is responsible for comprehensive planning and land use administration services. In her new role, Bryant will manage a staff of 26.

▪ The Tallahassee Memorial Board of Directors recently welcomed three new board members to its volunteer, community-based board. Joining the board are: Winston Howell, CPA and managing shareholder with Thomas Howell Ferguson, P.A.; Andrew M. Wong, MD, orthopedic surgeon with Tallahassee Orthopedic Clinic; and Frederick Carroll III, chair of the Tallahassee Memorial HealthCare Foundation Board of Trustees and managing partner of Carroll and Company, Certified Public Accountants. Howell has more than 30 years of experience in providing auditing, accounting, tax consulting and general business advice to clients in a number of industries. He is past-chair of the Greater Tallahassee Chamber of Commerce and past-chair of the Economic Development Council. Wong has served patients in the Big Bend region for 13 years. He graduated from Tulane University School of Medicine and completed his residency in orthopedic surgery at the University of Florida. He went on to complete a fellowship in Sports Medicine and Adult Lower Extremity Reconstruction at the University of Texas Health Science Center. Carroll is joining the board in a non-voting, ex officio role. In addition to his other duties, he is the Audit Committee chairman for Capital City Bank Group Inc. and has served on the Florida State Board of Accountancy. 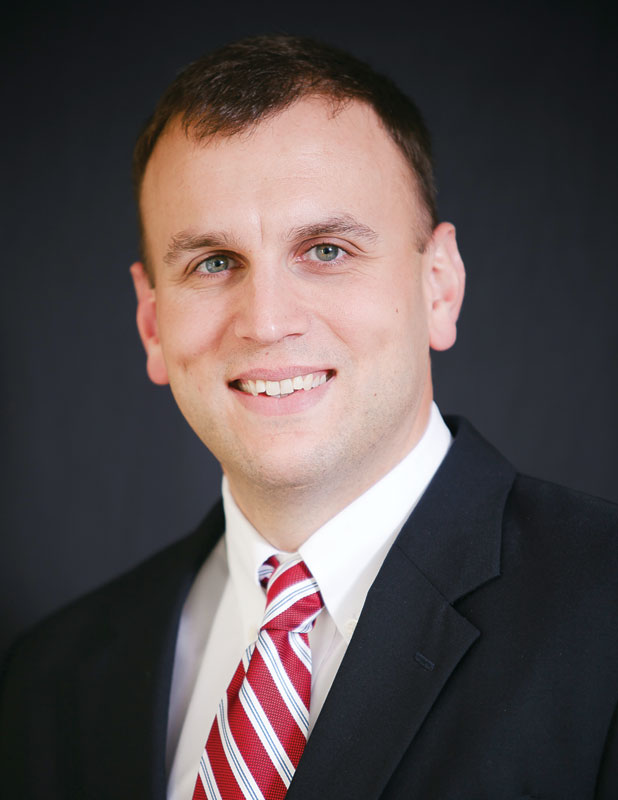 ▪ Michael Kalifeh and Justin Edenfield have been promoted to directors in the Tax Services Department of Thomas Howell Ferguson P.A. Kalifeh has nine years of experience in providing tax compliance and consulting services to corporate, partnership, not-for-profit, trust and individual clients. He has served clients in manufacturing, automobile dealerships, retail, wholesale, distribution, construction, medical and legal services, farm and timber management, and real estate. He also has experience in client representation before the IRS on multiple income tax matters and the Florida Department of Revenue on sales use tax issues. Edenfield has more than nine years of experience providing tax compliance and consulting services for different entities. He currently coordinates the insurance tax compliance practice. These responsibilities include federal and multi-state tax return compliance, premium tax compliance, income tax provisions on the statutory basis of accounting, consolidated income tax provisions on the GAAP basis of accounting, and representing taxpayers during the examination process with the Internal Revenue Service and state Department of Revenue.

▪ Ellen Blair is the new human resources manager for the city of Tallahassee. Blair has more than 20 years of management experience in human resources and most recently served as chief of talent management for the city of Jacksonville. She worked in labor relations, staff recruitment, benefit administration, collective bargaining agreement negotiations, employee training and personnel policy development. Tallahassee’s human resources department supports city operations and addresses the workplace needs of about 2,800 employees. Blair will manage a $3 million budget and direct 29 employees.

▪ Michael DeLeo is Tallahassee’s new police chief. DeLeo spent 19 years with the Plantation Police Department and worked his way up the ranks from patrol officer. He graduated from the FBI National Academy and earned a law degree from Nova Southeastern University. DeLeo will direct a staff of 423 employees and maintain responsibility for a $48 million budget.

▪ Thomas “Chris” Curry is the new director of the city of Tallahassee’s Aviation Department. He has more than 30 years of aviation experience and will provide administrative oversight at the Tallahassee Regional Airport. He most recently served as executive director of the Collier County Airport Authority for the past three years. Curry also worked for the Gary Chicago Airport Authority and was an air traffic controller and airfield operations manager for the U.S. Air Force. 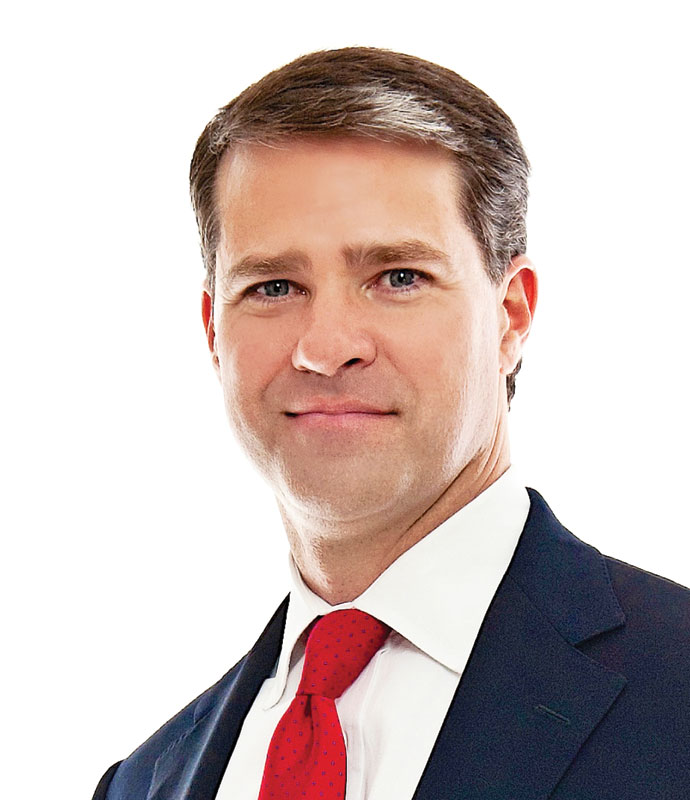 ▪ Local banking executive Emory L. Mayfield Jr., is the new Tallahassee Market president for Hancock Bank. Mayfield, a Leadership Florida and Leadership Tallahassee graduate, has been a board member and chaired multiple committees for the Florida Bankers Association since 2007. He serves on the United Way of the Big Bend and Goodwood Museum and Gardens boards of directors and has been a fundraising volunteer for Tallahassee Memorial Hospital. Mayfield is also past chairman of the Tallahassee Housing Authority Board of Commissioners. He was previously a commercial real estate officer, institutional banking director and special assets director for Capital City Bank Group.

▪ Smoothie King Franchises Inc., the premier smoothie and nutritional lifestyle center, has signed eight area development agreements with new and existing franchisees to expand in several markets across the U.S., including Tallahassee. This marks a total of more than 100 locations sold in 2013.