Tarpon Springs Has Us Wanting To Go Greek

This quaint area of Florida has made name for itself as the nation’s largest Greek community.

I’ve occasionally fallen into the trap of wishing I were Greek.

Growing up an hour north of Tarpon Springs, it was an easy thing to do. The culture and the town’s ongoing festivals called to me like the rotating gyro displays called to my now-husband. Years ago, we rendezvoused near the city’s sponge docks for our first date (a Mini Cooper rally) so I should make it clear that my ties to the small fishing community are stronger than most.

But seriously, who wouldn’t want to be Greek? Food, history, beaches, architecture, philosophy, the Olympics — whatever you’re thing is, the Greeks likely did it first, and can make a strong argument that they did it best. 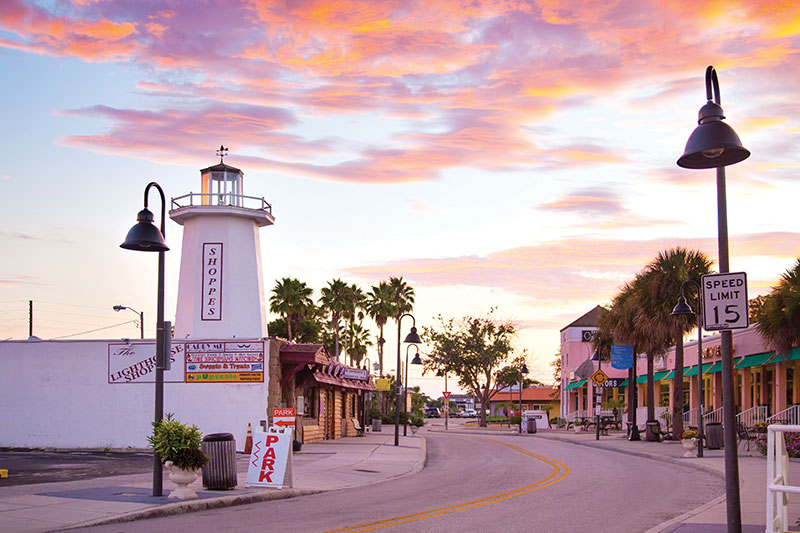 My culture envy had never been so strong though, as it was after I spent an afternoon with Tarpon Springs’ own Michael John Targakis, of Native Tours.

“It’s a village, not a city,” his booming voice corrected me as we began our walk through the village’s two distinct districts.

During our hybrid walking and driving tour, he often gave me directions and other commentary mid-intersection.

“This is Tarpon Springs,” he shrugged, “what’s that kid in such a hurry for?”

An hour later, as we were walking through Mama’s Greek Cuisine, Targakis called out to one of the busboys.

“Yo Nico, was that you driving your dad’s white truck like a maniac?”

“No sir, must’ve been my brother. I’ve been here.”

“Yeah, he can’t see over the steering wheel either.” 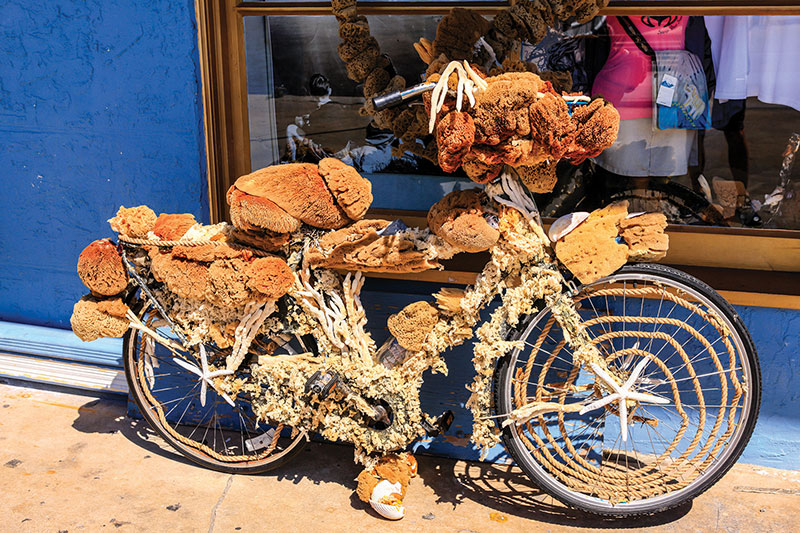 A noogie didn’t follow — but it easily could have.

Tarpon Springs, the northernmost city in Pinellas County along Florida’s Gulf Coast, was established in 1876 by farmers who quickly realized the region’s swampy bayou-fed marshlands didn’t suit their business model well. By the 1890s, focus shifted to the area’s waterways as others with more knowledge of coastal living migrated to the tropical climate.

Once the Greeks arrived, hailing largely from the Dodecanese Islands, everything changed.

A series of unfortunate events, namely red tide, cut Tarpon Spring’s fortunes short — but the inhabitants never forgot how their beloved village got its start.

“Tarpon Springs was the first place in the country to be placed on the National Historic Registry not only based on architecture, but based on existing working culture — the sponge docks. The structures from the 1930s and ’40s are gone, but the government has sanctioned the history and industry as something truly unique. Now other areas, much like the Polish or Germans in Pittsburg or wherever, can get funding to keep their culture and history going as well.”

Today, Tarpon Springs is a mix of old families and new, quirky tourists. Nearly every weekend city streets are closed for festivals and art shows.

Of the two districts — the sponge docks and downtown — the docks are where things start to feel truly Greek.

On one side, the winding waterfront road is lined by shrimp boats and commemorative statues paying homage to the first spongers, who dove wearing suits weighing upwards of 170 pounds. Opposite, charmingly flashy Greek restaurants and sponge shops flow one into the next.

If you like Greek food, all of the dining options will impress, though Dimitri’s On The Water and Hella’s Restaurant and Bakery often get the most fanfare. A few Cuban cigar establishments have also set up shop along Dodecanese Boulevard, a happy accident due to high rents in nearby Ybor City.

“This is just a great vacation spot,” said Targakis. “It’s like Europe without the Euro.”

If visitors arrive expecting the extravagance of The Don CeSar, located 30 miles south, they’ll be disappointed. But, if Old Florida meets My Big Fat Greek Wedding entices, then please — pack your things.

Perhaps Tarpons Springs’ biggest allure is that it’s a destination that locals adore, too. Even leaders for other cities can’t deny its pulls.

“Tarpon Springs is my home town,” said Clearwater Mayor George Cretekos. “It’s that kind of place that you can always come back to and feel like you’re at home.

“It’s just a unique village. It gives you something you cannot and will not experience anywhere else in the country.” 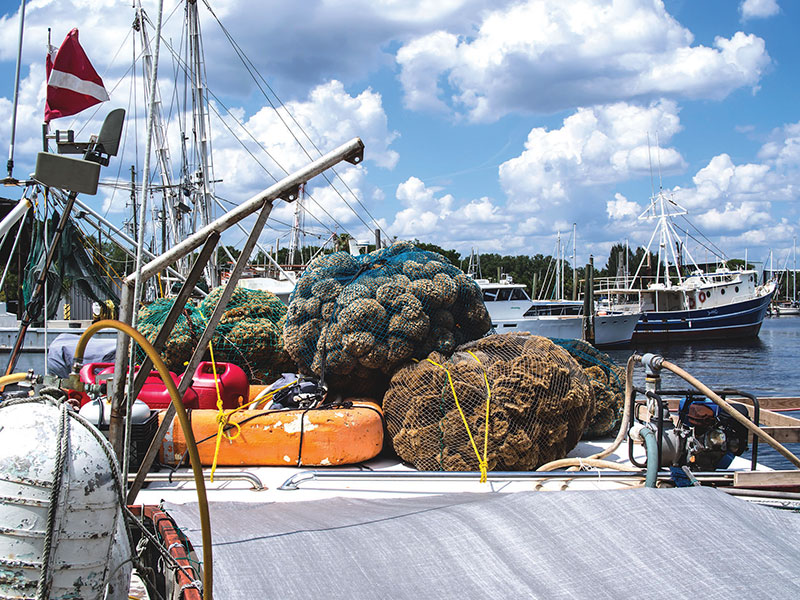 A boat brings its fresh cargo to the sponge docks while another vessel departs, carrying a Florida Sea Grant team from Gainesville out to view historical diving practices. Courtesy of Florida Sea Grant

When In Tarpon Springs

Dimitri’s On The Water