For the Love of Bailey

It’s Called a Breakup Because It’s Broken … Or is It? 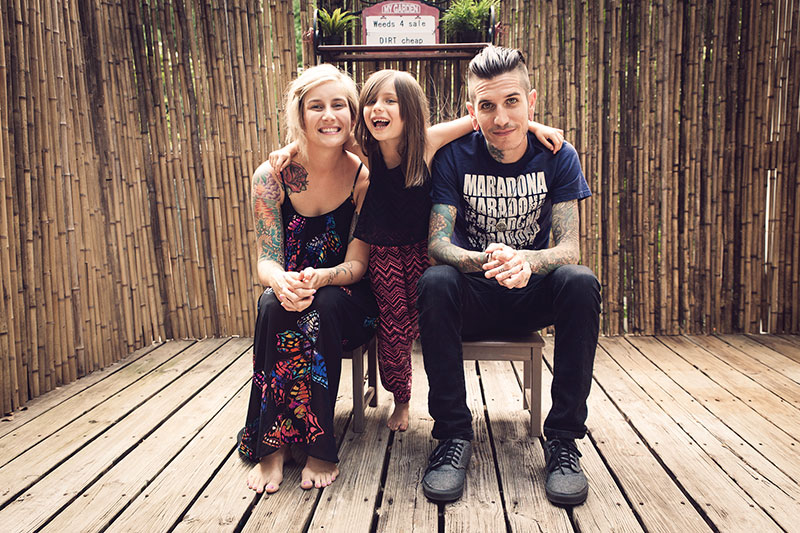 Lauren and author Matt Burke with their daughter, Bailey.

Years ago, when my ex-girlfriend and I broke up, I was full of resentment about the relationship and relieved I’d never have to see her again … until the following day.

Because aside from being my ex-girlfriend, Lauren is also the awesome mother of our 6-year-old daughter, Bailey, as well as one of my best friends … but it wasn’t always this way.

Our friends distanced themselves from the madness; our families laid blame one minute and “wanted to stay out of it” the next. I personally couldn’t handle anything and fell incredibly deep into the darkest point of my life, to be honest.

There I was, 25 years old, a barely functioning, degenerate alcoholic with an awful attitude, a terrible part-time job at a liquor store and a newborn to somehow look after.

Something had to change, and it had to change quick, or we’d all find ourselves shuffling into our own respective category of statistics that we’d never hoped to see ourselves in.

Right around the time of the nadir of my downward spiral, I received a phone call that would forever change my life. Lauren was pregnant with her boyfriend, Derek’s, child, and my little Bailey was going to be an older sister to a kid that wasn’t mine. It was incredibly difficult news to hear, but at the same time, it immediately put me at ease in a weird way.

Here we were at a crazy crossroads that no 20-somethings imagine themselves in, and we had no one to turn to for advice. We were just kids trying to navigate our way through a situation that my current 31-year-old self would probably handle in a less mature, more volatile way, and yet we managed to make some of the most mature decisions of our lives at that point.

After allowing myself time to process the news, I made some phone calls and, after apologizing for the way I’d acted for the previous 18 months, Lauren, Derek and I set out on a path to provide these kids with the most loving environment and unconditional support that we possibly could. We realized our situation was no longer about two pseudo-adults and a failed relationship; rather, it was now about three adults and these two adorable little kids’ happiness. No longer were we name-calling or screaming; instead, we were having park dates and making family holiday plans. We stopped threatening each other with lawyers and court dates and started constructively, and respectfully, working on helping each other mature as people and as parents — and we’ve done a great job.

Five-and-a-half-years later, Lauren and Derek aren’t just the mother of my kid and her boyfriend, they are two of my closest friends. We are each other’s shoulders to lean on, ears to talk off and hands to high-five. None of us is perfect, our family is far from perfect and we’ve all got a lot to learn, but we’re working on it as a team, instead of as each other’s opposition.

Being friends with an ex might not seem like the best idea — I know it didn’t to me at first — but in the long run, it has proven to be the best thing for all of us. We’re all happy in our roles, and each kid has three parents and three extended families that love them absolutely, unconditionally and have nothing but their best interests in mind.

Not to mention, we’re raising two beautiful kids in a unique family that allows them to learn that while things may not always work out as planned, there’s always a silver lining. Don’t be the parent that lets your stubbornness tarnish your kids’ silver lining. You’ll regret it — and they’ll never forget it.