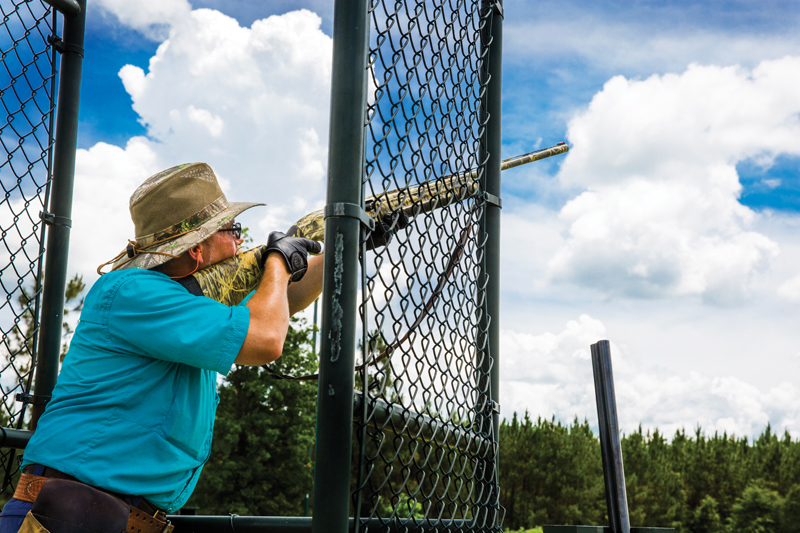 On a hillside behind an old country homestead in Tallahatchie County, Mississippi, in a pea patch wilted from an early winter’s frost, walked a boy in his early teens. His hands firmly held a shotgun, the barrel pointed at the sky, ready to swing down and forward. With each step he readied himself for the inevitable: a cottontail rabbit bursting forth from beneath his foot or a covey of quail rising before him in a whirlwind of feathers. His young eyes were keen, reflexes fast and his shots true when his quarry did appear. He had practiced on many an old bottle thrown skyward by a companion. 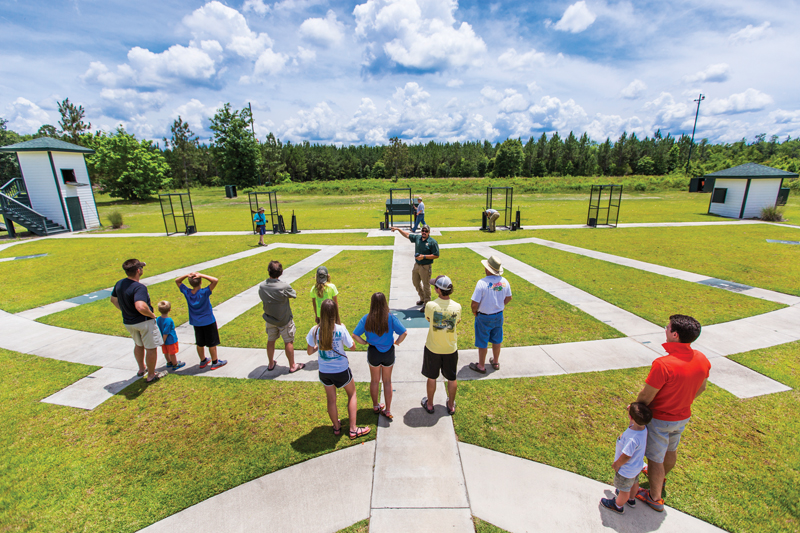 I stepped from the golf cart, pulled the 20-gauge Beretta shotgun from its case, stepped to the line, loaded two shells, surveyed my surroundings, looked toward the small pond in front of me, nodded and uttered the word “pull.” The first clay pigeon came high from over my left shoulder. I touched the trigger, and the pigeon disintegrated in a puff. At the report of my first shot, the second bird came off my right shoulder and dipped toward the pond. If the clay pigeon had been a duck, it would have bid me adieu as it laughed its way toward the horizon.

Like many, I grew up hunting small game, enjoyed it and still do — especially wing shooting. Unfortunately, the days of unlimited access to properties teeming with quail, dove, ducks and rabbits are a thing of the past. So, sometimes my skills wane and my accuracy suffers. In other words, I don’t have a shot at hunting wild birds like I once could. But there is an alternative — clay pigeons, saucer-shaped targets about 4 inches wide. Shooting clay pigeons fills the need in between the opportunities I have to hunt and those times when no hunting seasons are open.

Shooting clay pigeons as a pastime and sport is a longtime favorite among people from all walks of life. It offers the opportunity for fellowship, an introduction to shotgunning, a way to teach gun safety and education, competition and sportsmanship, and is a great fun way to hone your shooting skills.

Generally, there are three official types of courses set for shooting clay pigeons: Trap, Skeet and Sporting Clays. And a fourth, the Back Forty Clay version. Each presents unique challenges to master.

Trap Shooting, the oldest of the shotgunning sports, dates back to England in the mid 1700s and showed up in America during the early 1800s. Originally live birds were used as targets, but eventually the sport moved to glass balls and then clay targets. In trap shooting, clay pigeons are launched from a single, central location and launched at different angles traveling away from the shooter. The course consists of five separate stations, which shooters move between. The game consists of 25 clay pigeons and 25 shots, five at each station.

Skeet Shooting, developed in America in 1920 and originally called clock shooting, has evolved slightly from the original game. Now, skeet is shot on a range, which consists of seven different shooting stations positioned in a semicircle with a radius of 21 yards, and an eighth shooting station halfway between stations one and seven. Clay pigeons are launched from two opposing houses — one high, one low. As shooters change stations, different scenarios imitating a bird in flight are presented according to the shooter’s position. The rules and scoring of the game consist of different clay pigeons and combinations depending on the shooter’s position, which I will not try to explain because it sounds more complicated than it is. But be assured, this shotgunning game will test and improve your wingshooting skills.

Sporting Clays, one of the most popular modern shotgunning sports, began in the early 1900s in England when British shooting schools began using clay targets. Sporting Clay courses generally consist of around 12 to 15 stations positioned over several acres that simulate multiple real-life hunting situations. Clay pigeons are launched from hidden trap throwers positioned at different locations throughout the course and, usually, each participant shoots twice at each station. Clay pigeons traveling at different angles, speeds and directions keep participants on their toes when shooting. Sometimes the size of the clay pigeon may vary depending on the setup, and sometimes the clay will bounce across the ground like a rabbit. The more challenging and realistic a course is, the more people like to shoot it. Some venues make a habit of changing the course and moving the trap throwers to keep their patrons guessing and happy.

Back Forty Clays are probably the least complicated. For this, just grab a case of clay pigeons and head out to the country with a hand thrower, spring thrower, trailer hitch-mounted or whatever you have at your disposal. There have been plenty of great outings — and youngsters introduced to shooting a shotgun — at the tailgate of a truck with a case or two of clay pigeons. This is an inexpensive, relaxed, low-pressure way to get someone started with a shotgun before being faced with the pressure of shooting clay pigeons on a range. I still regularly enjoy this casual style of shooting with my children and friends as much as I enjoy the range.

Any of the previously mentioned versions of shooting clays can be done with any type of shotgun. Twenty and 12-gauges are probably the most popular shotgun bores, but some people do prefer a 28-gauge or .410. The most common shotguns are the over-and-under double barrel, auto loader or pump shotgun. An over-and-under double barrel in a 12-gauge is preferred for trap shooting.

The majority of modern-day shotgun barrels have interchangeable chokes. A choke dictates the restriction of the shot as it leaves the barrel of the shotgun, thus affecting the size and density of the shot pattern down range and the ability of the shooter to break targets at different ranges. If you are new to the sport of shotgunning, it might benefit you to have a discussion with a knowledgeable person regarding choke tubes.