Beautiful Sights Without Breaking the Bank

Budapest, Vienna and Prague will leave you surprised and probably spending less

I sat on an outdoor terrace of a restaurant in Old Town Square in Prague.

Sipping on a cider and enjoying pork knuckle, a traditional Czech dish, I listened to the chatter of tourists as they snapped photos of the baroque architecture, to the click-clack of horse hooves as they pulled carriages on the cobblestone streets, and to the chime of the Astronomical Clock Tower as it signaled a new hour.

Visits to Budapest, Vienna and Prague hadn’t been at the top of my bucket list.

We picked this trip based on affordability, yet we found ourselves blown away by the rich culture, complex history and lively architecture of these European cities.

I’d love to show you around. 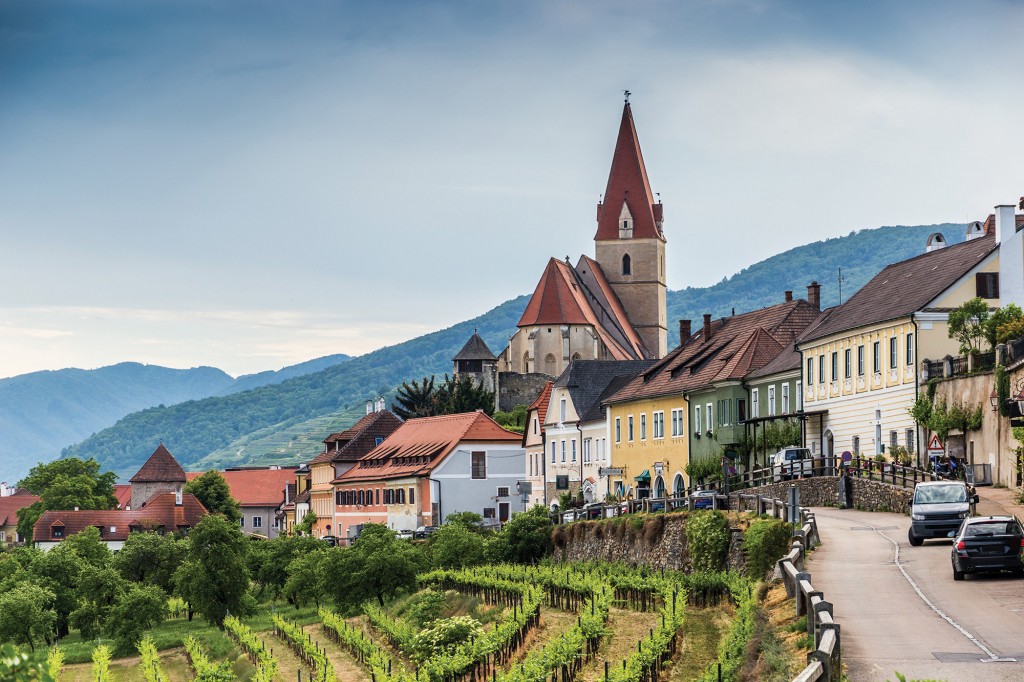 My sister Brooke and I hopped off the plane from our overnight flight and met Bogdan, our tour director with tour operator EF Ultimate Break.

Bogdan organized our group of 30 into our initial accommodations and gave us a brief walking tour around the city. Then he hosted a welcome mixer to encourage travelers to get acquainted with one another.

Tip for my fellow younger folks: Education First, the parent company of Ultimate Break, offers trips around the world for travelers age 18–29. The company allows monthly payments, making it more affordable to travel. Its mission is to not only provide a great vacation bu alsot to open the world through education.

FUN FACT: The Parliament building in Budapest includes 365 towers, one for each day of the year. 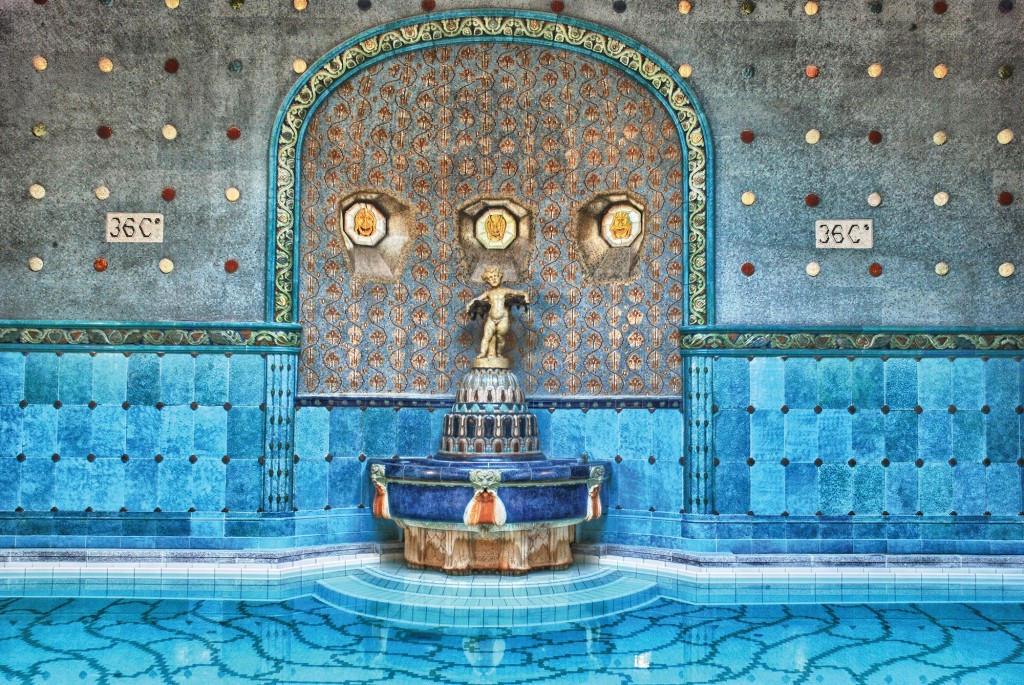 Gellert Bath is among numerous baths and hot springs in Budapest. The springs at the site date to the 15th century and were larger and hotter than area baths of that time, according to the Gellert Bath’s website. Photo by lobaszo / Getty Images Plus

In the morning, we took a tour around Buda and Pest — distinct cities on opposite banks of the Danube River that make up Budapest. From the Liberty Bridge to Matthias Church and the view from Fisherman’s Bastion, we got an in-depth look at the Pearl of the Danube. During our free time, we visited the Széchenyi baths before visiting the famous ruin bars with the rest of the group. 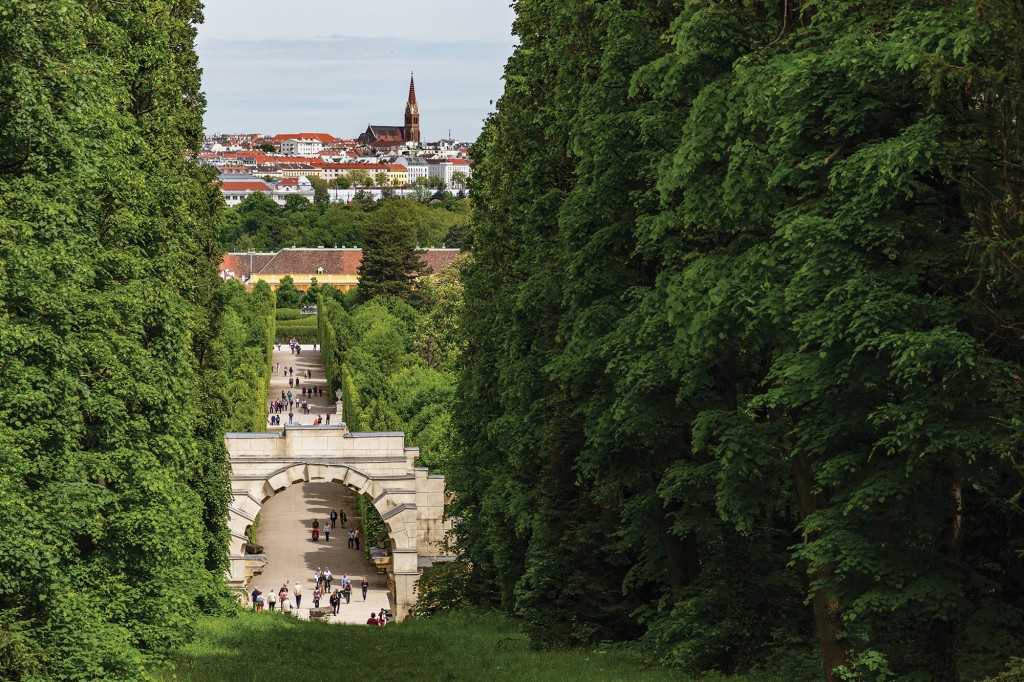 The gardens of Schönbrunn Palace. Photo by brunocoelhopt / Getty Images Plus

FACT: From the balcony of the Winter Palace, Adolf Hitler in 1938 announced Germany’s annexation of Austria. 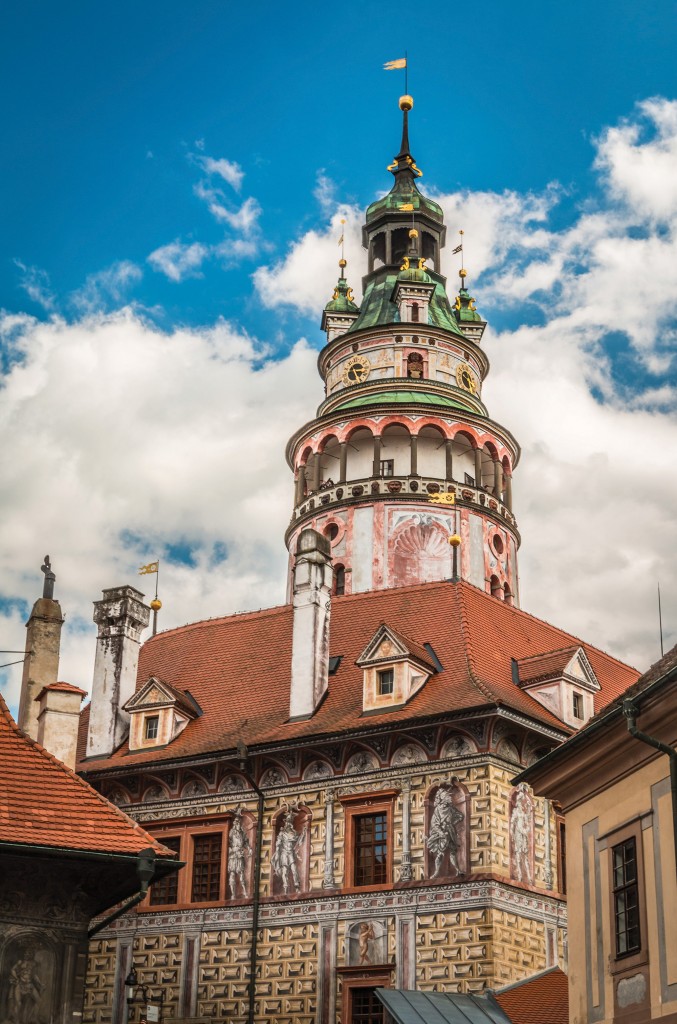 This tower rises above the fairytale town of Český Krumlov, in the southern Czech Republic. Photo by PocholoCalapre / Getty Images Plus

We were treated like Austrian royalty while touring Schönbrunn Palace, the summer residence of the Habsburg rulers. The palace builders used gold to outline the interior trim. We saw original furnishings where historians and family members purportedly recorded them. In the evening, we continued the royal treatment with rooftop views at a popular downtown cocktail bar.

FUN FACT: The grand ballroom in the summer palace used over 1,000 candles before Thomas Edison installed electricity in 1901. 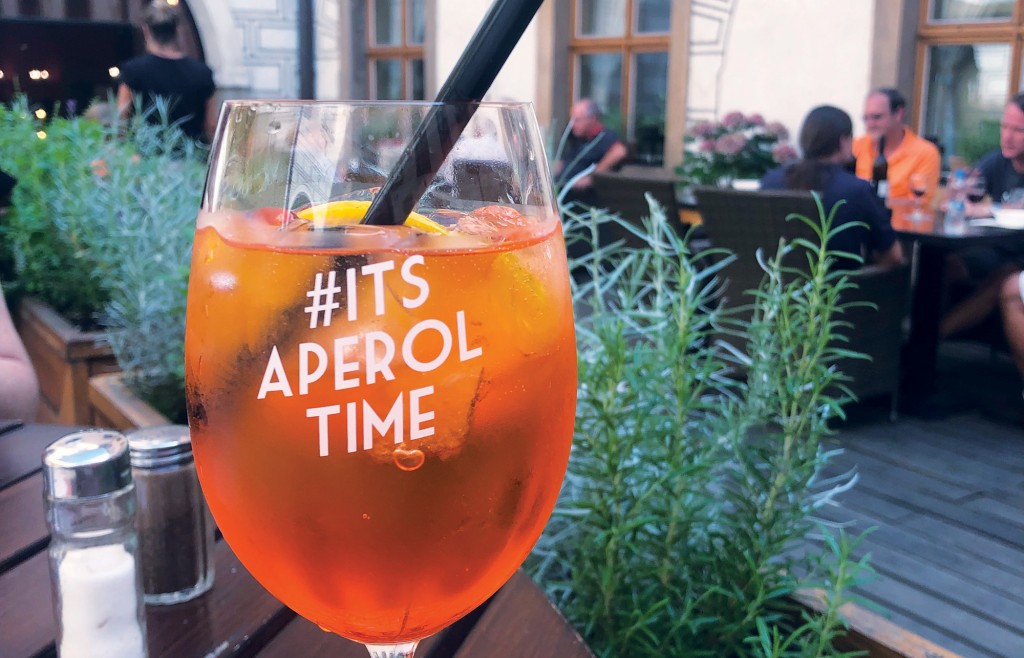 In these parts, you can get an aperol spritz just about anywhere. Photo courtesy of Kate Pierson

After experiencing the vibrant city life, we headed to the Austrian countryside, stopping in Krems, a quaint town known for its wine. On the top of the hill overlooking the town and the vineyards, we spotted an old church with 14th century carvings of Christ and his apostles.

NOT SO FUN FACT: The region currently is a large producer of white wine, but local winemakers express concerned that in 10 years, they will produce only red. That’s because of climate change, which affects the grapes and the wine. 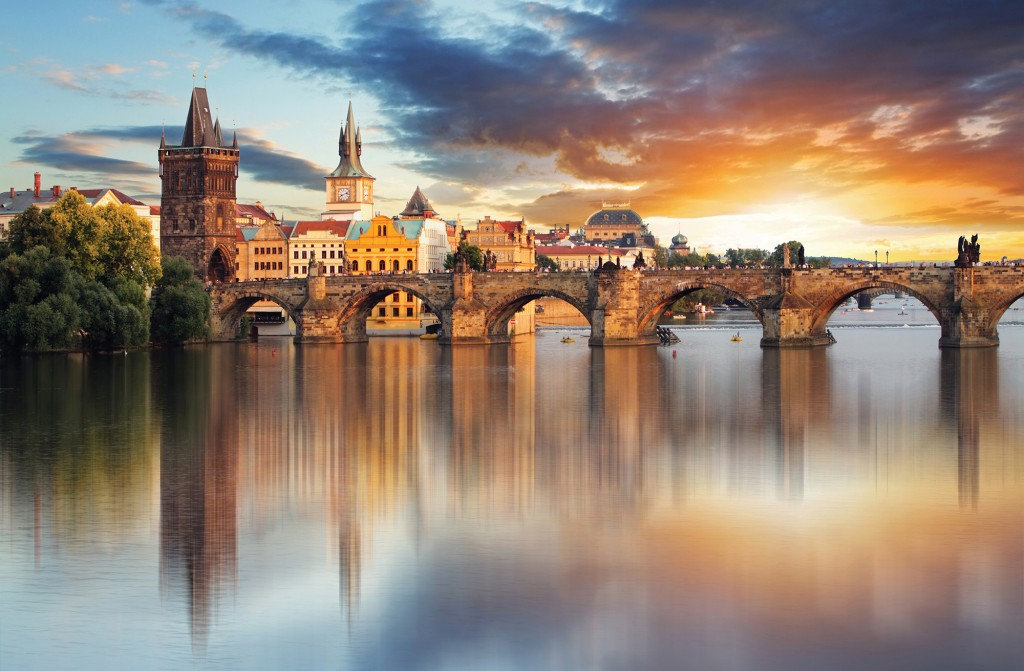 The Charles Bridge crosses the Vltava River in Prague. Photo by TomasSereda / iStock / Getty Images Plus

In the evening prior, we arrived in UNESCO World Heritage site Cesky Krumlov and witnessed breathtaking views from the castle before having a traditional Czech meal by the river.

FUN FACT: This region of Europe is known for apricots and aperol. You can find an aperol spritz at almost any bar or restaurant. 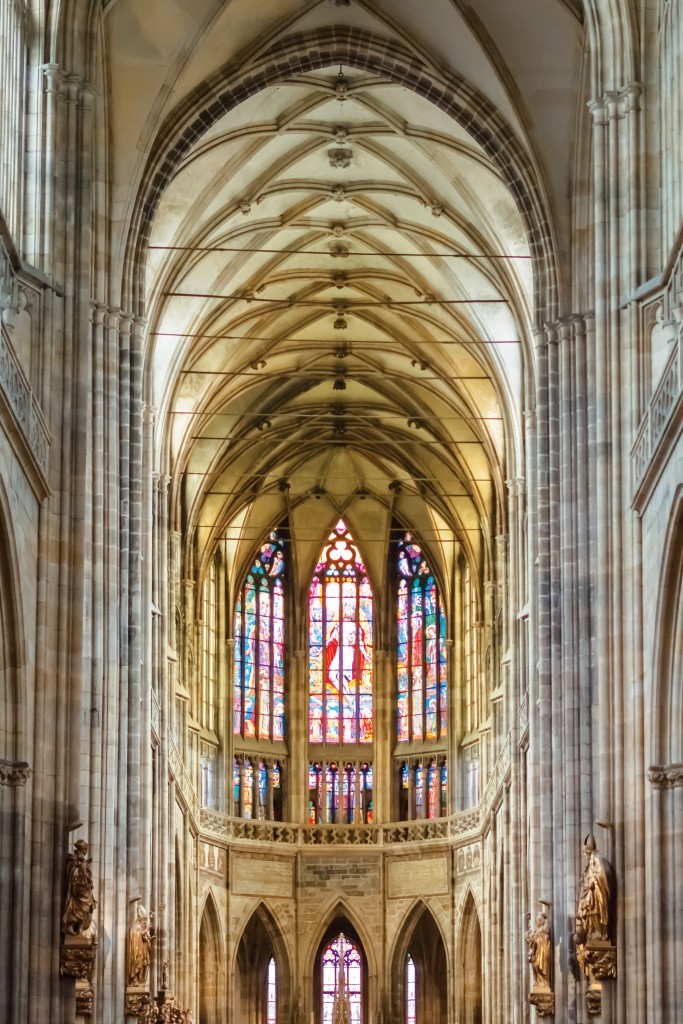 We left the fairytale town of Cesky Krumlov for a more morbid view, of Kunta Hora, the home of the famous bone church, before arriving in Prague. Legend says that Jindřich, the abbot of Sedlec monastery, left the region to travel to the Holy Land and returned with holy soil that he sprinkled across the hill in Kunta Hora. Naturally, everyone wanted to be buried there. The town then decided to build a chapel on the top of the hill to mark the sacred space, and the architect they hired wanted to use the bones of those who had been buried there to build the church. 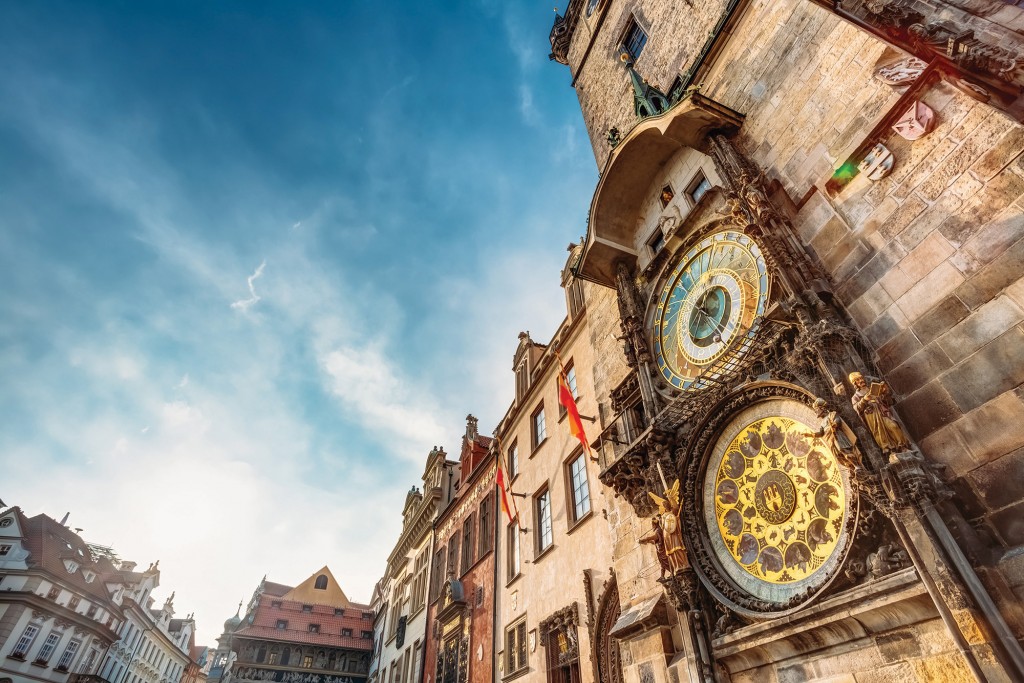 The astronomical clock on Prague’s Old Town Hall dates to 1410. At each hour, windows above the clock reveal models of the Twelve Apostles, set into motion. Photo by Ryhor Bruyeu / iStock / Getty Images Plus

Saving the best city for last, we spent the majority of our first day in Prague exploring Prague castle and St. Vitus Cathedral, the spiritual heart of the city. We walked through vineyards along the castle grounds and saw cruise boats pass underneath the Charles Bridge. Later, we toured the underground cities and climbed the astronomical clock tower for a stunning view. It’s safe to say we saw Prague from top to bottom.

FUN FACT: Prague castle features an interesting tool: an aparatus that tricks you, though apparently not on purpose. Speak into it, and it sounds like you’re talking into a microphone — but you’re really talking only to yourself. It was designed in the 1920s to help politicians practice public speaking.

We spent our last day in Czechia wandering the streets and admiring the architecture, from gothic to neo-classical to baroque style. We ended our day at a farewell dinner with our group to share stories of our travels before departing. But for all of us, it wasn’t “goodbye.” It was “see you later.” The only question was where.