A Piney Zgret, an Icebreaking Bass and Whoa! 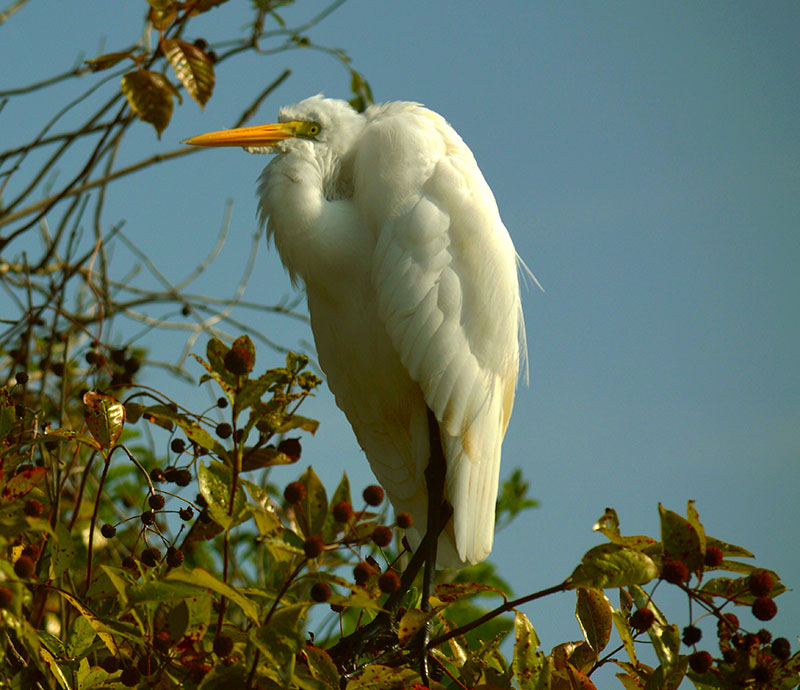 Midges, I suppose they were. Thousands of them in a patch of high grass along the path to the canoe/kayak launch at Piney Z Lake. Disturb the grass and you would find yourself momentarily enveloped in a cloud of bugs. A few steps later, however, that creepy experience was over with, the tiny bits of protein having retreated to the weeds. At the water’s edge, I encountered a white-haired paddler who reported that fishing had been slow. “Been here since 7,” she said. “Caught two little ones, that was it.” I was undeterred, having brought along a spinning rig only upon second thought. This was my first trip to the lake, the sun was already high in the sky and I was bent on exploration more than anything else. I’d make a few casts and if I lucked up on a largemouth, it would come as a bonus. I was armed with a silver Rattletrap, the go-to lure for a friend of mine, Isaac Holmes of Panama City. “No more reliable bass plug on the planet,” he maintains and if you disbelieve him, he’ll prove you wrong. I tossed the plug at branches sticking from the water near a small island and contacted a fish that stayed on the line for a few turns of the reel handle before it slipped the trebles. Good sign. I moved on, pausing to photograph a snowy egret and then heading for a small collection of cypress trees 100 feet offshore on the opposite side of the lake. I managed to thread the Rattletrap between and beyond two trees and presently had a fish on. It fought well on my light tackle and then came to net, a modest one-pound bass maybe four times the length of my lure. Still, I felt good about it. Like a golfer discovering the contours of an unfamiliar green, a pitcher acclimating himself to a new mound or a shooting guard assessing how tight a rim is, I had demystified slightly Piney Z Lake. “I’ll be back,” I said aloud when headed back to the landing. I passed close by the little island and something caused me to look to my left. There I spied a seriously proportioned gator, which, seemingly undisturbed, slowly disappeared beneath the surface of the water. Moments later, there was a thump at the rump of my kayak. And another. A submerged stump? I saw none. Carrying my kayak back to my truck, I didn’t even notice the midges.