A (Late) Requiem for the Bench Seat

It was like driving in the comfort of a couch 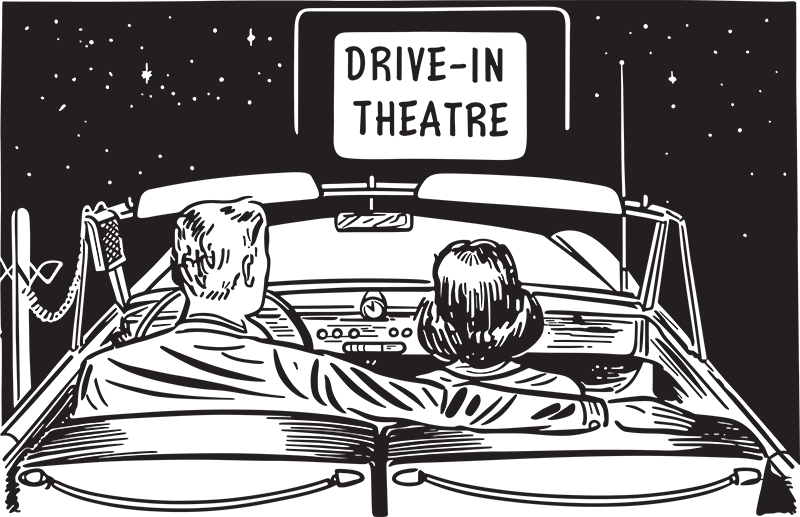 I’m not an automotive junkie, but doggone it, I miss the front bench seat. This kind of seating arrangement — as a standard amenity — has been extinct since bucket seats and transmission-mounted gearshifts took the domestic auto industry by storm 30 years ago. Cars and trucks alike offer these features and the only bench seat found today is the back seat, which isn’t nearly as nostalgic.

More important than sentimentality, though, is the notion that the bucket seat arrangement — and in some cases the ever-expanding size of the center storage console/arm rest — have worked together to isolate us.

Think about it. When I was a kid in the ’70s, flat front bench seats were the rule and seat belt usage wasn’t compulsory. You could casually drive down the road with one hand on the wheel, your significant other snuggled up close to you and your other arm casually draped over her shoulders. It was like driving in the comfort of your living room couch. Life was slow-paced. You could talk to each other, listen to the radio or gaze out the window at the passing countryside.

Domestic cars like your typical station wagon were big enough that on long trips, the front seat passenger could — depending on stature — lie down, curl up and get some sleep. The bench seat, and the lack of today’s invasive technology, gave you a sense of togetherness (and it was also great for parking at the lake to watch the “submarine races,” but that’s another story.)

That’s not to say bucket seats weren’t around. But you generally didn’t encounter them unless you drove a sports car, European import or an American muscle car. You wouldn’t have seen them in big domestic family cars, and you certainly wouldn’t have seen them in pickup trucks. Even small, economical pickups like the Ford Courier and the Datsun 620 had recognizable bench seats.

But innovations in safety and car design changed all that. Cars got smaller, lighter, faster and safer. The “sports car” effect took over and buckets replaced the snuggly bench seat. Over time the big domestic land yachts designed for style, elegance and comfort went the way of the dodo. The capacious family station wagon disappeared. Even pickup trucks, of all things, got buckets. Seatbelt usage became mandatory. Romance went out the window as up-front couples were now forced to strap into seats divided by the console chasm. You could still hold hands across the console, but forget about getting any closer (True, in most country-rap songs today, the singer is always warbling on about “Gurrl, slide on over here,” but it’s physically impossible to slide over boxy, raised consoles).

Which brings me to the ultimate point. Whether by the limiting factor of bucket seats — or the advent of modern technology — we’ve allowed ourselves to be cocooned in place, in our own little worlds. It’s a given that the front seat and back seat passengers will be plugged in and tuned out with smartphones or whatever the electronic device de jour is. We only talk whenever somebody wants to squawk about some outlandish Facebook post — “Mom! Did you see Amy’s post?!”

Sure, we’ve gained a lot in terms of automotive safety and convenience, but I for one lament what we’ve lost along the way. There needs to be more gazing at the passing countryside, more meaningful conversations and more quiet contemplation. Because being out on the road is perhaps our last refuge in a world growing crazier by the minute.