A Behind-The-Scenes Look at Sound Design 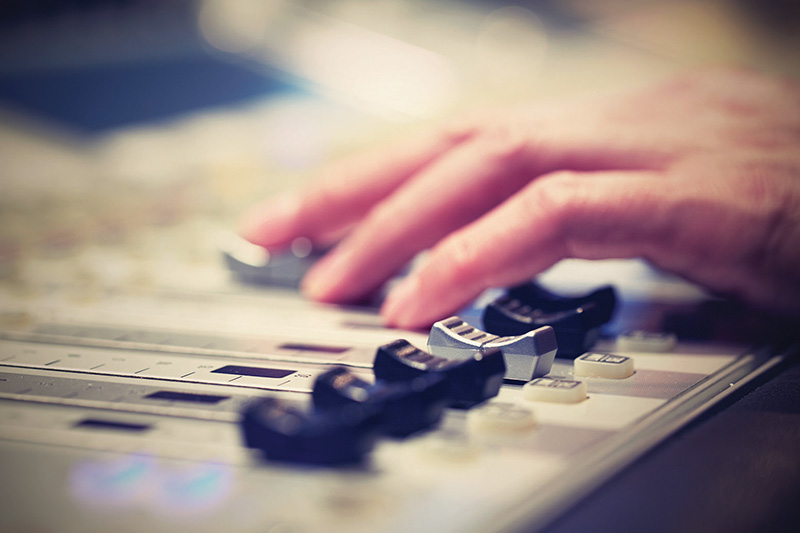 It’s opening night. The dissonant notes rising from the orchestra pit fade as the house lights dim. The audience settles deeper into their comfortable seats, and finally … the curtains open. A young woman strides in from stage left and collapses — elegantly, as suits a lovelorn lady of the Victorian Era — onto a chaise longue. She plucks a letter from her reticule and, bosom heaving, tears it to bits.

A maid enters, carrying a bone china tea service. (The props team has outdone itself once again.) She deposits the tray on a table and rushes to her mistress’ side.

It would’ve been a stirring speech, if only the audience had been able to hear it.

“When people come to the theater, they don’t typically think about the sound — unless it’s bad,” says Heather Marks, a sound designer who works with Theatre Tallahassee and Theater TCC. “When the sound is right, the audience is further submerged into the world of the production. All parts of a stage production have to work together, or none of them works. It’s a puzzle, and if it’s missing a piece, the picture is not complete.”

Marks develops her understanding of the picture a production ought to present in numerous ways: She collects information about the show that is being staged and the era in which the show takes place, reads scripts and prepares sound effects. Some of the sounds she uses come from a digital sound library; others are recorded and mixed by Marks herself.

“The sound has to be right,” she says. “I want it to enhance the production, not distract from it.”

It is also essential that Marks understand the director’s goals regarding a production.

“I love trying to accomplish the director’s vision,” she says. “Those I’ve worked with also listen to my input and ideas. It’s all about trial and error and finding out what is best. You have to communicate with so many people.”

When it comes to sound design, communication isn’t something that takes place only before opening night.

“The more bodies you pack into a room, the more the sound is absorbed,” Marks says. “So if it’s a full house, I’m going to have to compensate for that. Or if one of the leading actors is projecting more than usual, I have to duck the sound. I’m always riding the faders.”

“You have to be on your toes,” Marks says, “especially if it’s a musical. That’s because you’re mixing (changing the volume of) a live orchestra and live actors.”

Marks recalls a time when she had to make some quick decisions during a musical: “One of the lead actors’ mics stopped working. I knew he wasn’t going offstage for a while, so getting a new mic pack on him was out of the question. We were at a part in the show when he was singing and dancing with one of the other leads, so I boosted her mic to pick up his vocals. Then I had to duck the sound on her mic when she sang. For me, every show is an adrenaline rush.”

“You have to want to learn and have a passion for sound design if you’re going to tackle the technical stuff,” she says. “It can be daunting. With the soundboards I use, there’s so much I can do. But there are also limits. I have to understand the boundaries and know when to push them.”

The passion that Marks feels for sound design and the eloquent manner in which she speaks on the subject make it seem as though she’s used to being “front and center”; but, like all booth and crew members, she dresses in black for her job — the better to blend into the background of the auditorium. The wise show-goer will remember, however, that plenty of unseen hands are at work, before and during a production, to help the audience enjoy the show.

“My goal is to use sound to evoke emotion and enhance the audience’s experience,” Marks says. “I love that I get to be a part of something like this. Bringing joy to other people, developing relationships … Isn’t that what life’s supposed to be all about?”