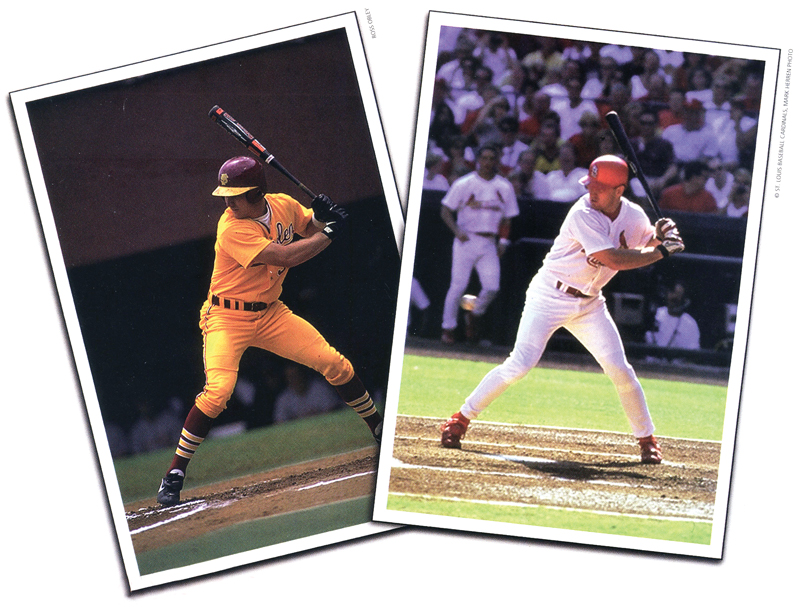 “As a raw rookie, Drew had to be concerned about how he would be received by McGwire, the man rewriting the record books,” Crosby wrote. “Drew found McGwire to be a kind and gracious person. Then, after McGwire had crossed home plate with the historic 62nd homer that elevated him above all the great home run hitters in baseball history, Drew gave him a high-five and will always remember McGwire’s reply. ‘Yeah, he just smiled and said it was a pretty good day for me to start my big-league career,’ Drew recalls.”

Crosby also related Drew’s first home run, which happened in a game against Cincinnati the very next day.

“After McGwire’s first two at bats, Drew took his place in the lineup. In the eighth inning, he put the swing Seminole fans were used to seeing into a fastball, which rocketed off his bat and into the upper deck of Cinergy Park,” Crosby wrote. “The opposing fans, who had lustily booed him, were silent.”

Martin is justifiably proud of his former star player.

“He’s made it very quickly, and he stuck, and we are all just very proud of him and his accomplishments,” he said.