▪ Windsor Trace, the first of Florida’s “Southern Living Inspired Communities,” is nearing completion. Developed by The Naumann Group Real Estate Inc. and constructed by Pitman’s Custom Construction, this up-and-coming neighborhood will have 12 home sites, two of which appeared in Tallahassee’s May 2014 Parade of Homes. Prices start at $389,000.

▪ Naumann Group is also developing the Brownstones at Midtown — an upscale townhome row located on 6th Avenue behind the Orleans at Midtown plaza. The four-unit complex is being built by Robert Bass Custom Construction and has an estimated completion date of Aug. 31. The Brownstones will range from $299,900 to $314,900. 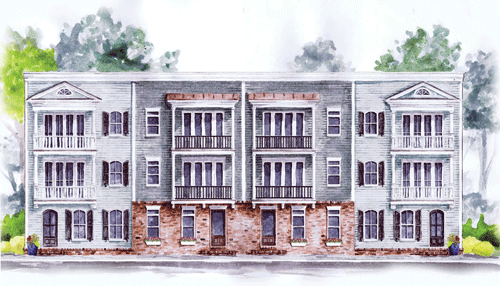 ▪ Urban Street Development — the Fort Lauderdale-based group overseeing the design, build and management of FSU CollegeTown — has announced that 42 urban-style loft condominiums will be available for purchase at Railyard Lofts at CollegeTown. Priced from the mid $200s, these units are being marketed to alumni and Seminole enthusiasts. Amenities include communal firepits and grilling stations, a fitness facility, individual decks and stainless steel appliances.

▪ NAI TALCOR’s property Magnolia Grove, located on the corner of Magnolia and Apalachee, has begun construction. The newly erected Buffalo Wild Wings will soon be joined by a McDonald’s, a four-story Home 2 Suites by Hilton hotel and 35,800 square feet of retail space.