The city is swarmed with public arts this September

As the Streetscape Project heads into its fifth month, it has been greeted with big, bright, beautiful bugs in the form of murals, chalk art and an exhibition at Thomasville Center for the Arts Downtown.

A colony of creatives invaded the nooks and crannies of the Creative District as part of BUGOUT, a public art event presented by Hurst Boiler, Ashley Homestore, Astro Pest Control and the City of Thomasville in partnership with Thomasville Center for the Arts (TCA).

The art has created quite a buzz with its Sept. 6 debut; it will run until Sept. 27, and Tallahassee is a big part of it.

BUGOUT is a multifaceted public art event involving over 25 artists, ages ranging from 16-70, from around the country, including Red Hills, Atlanta and even Tulsa, Oklahoma. Darlene Crosby Taylor, TCA’s Public Art and Exhibition Director, says the event’s buggy theme “explores traditional bug collections with an artistic twist. Between the murals, chalk art and exhibition, there really is something for everyone — for both youth and adults.”

“We aim to thrill, inspire and educate, and simultaneously drive tourism to the Creative District while it is under construction,” Taylor says. 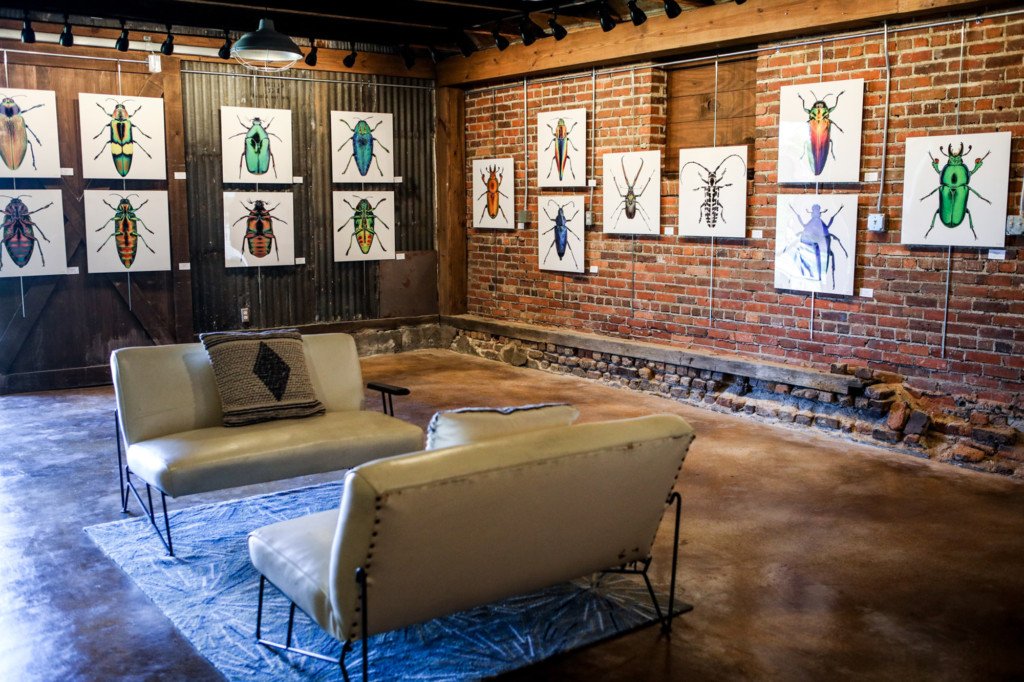 “It doesn’t ‘bug’ us that the streets are closed, and we hope this event stimulates foot traffic for all the awesome retailers on West Jackson Street.”

The Creative District was hopping on Sept. 6. That morning, 22 artists completed the chalk art competition along The Ritz Amphitheater’s sidewalk; their subject matter was endangered bugs.

Alongside them, four professional sidewalk chalk artists from Atlanta chalked all day as part of a live chalk art experience at TCA Downtown.

In addition to the chalk squares, TCA resident artist Ron Thomson’s vibrant “Flutterby” mural project is on full display at the UnVacant Lot, alongside a firefly mural by Tallahassee artist Charlie Hart, known for his work featured in Thomasville’s local boutique The Hare and The Hart. 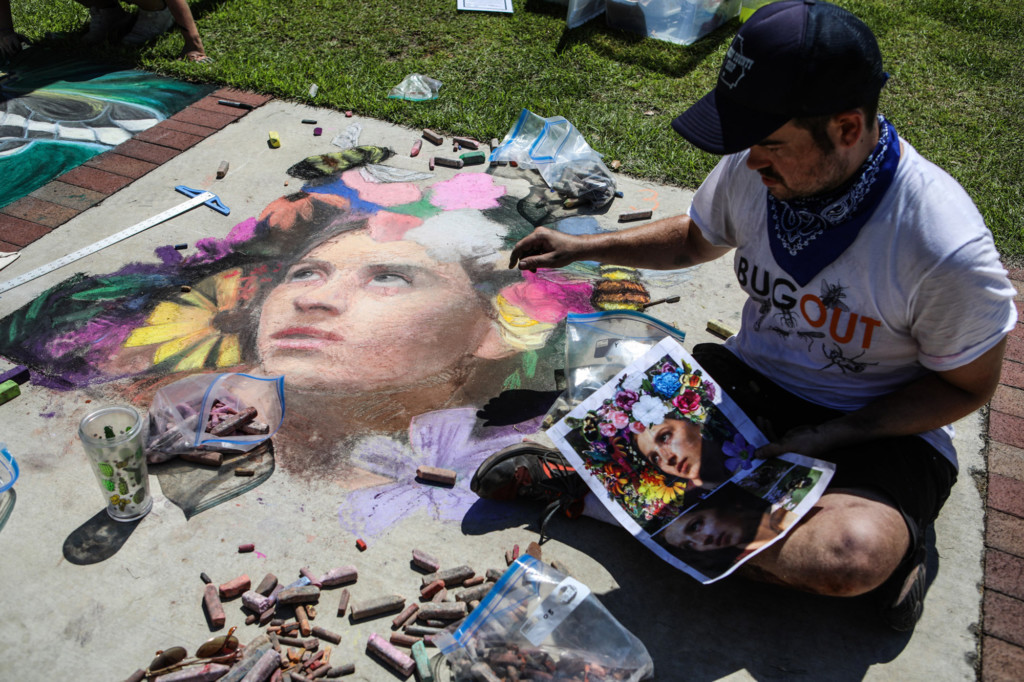 Brookwood students, taught by art teacher Maureen Harrer, also has circular paintings of “Bugs That Bite” on the exterior wall of TCA Downtown too.

Inside, TCA Downtown has two bug-themed exhibitions crawling up its walls. Bob Sober, widely known as the “bug guy” from Tulsa, Oklahoma, has his work on display and available for purchase.

This former architect’s photographs of bugs are life-sized and are bright and bold. He discovered a bug’s beauty under a microscope and turned his findings into spectacular works of art.

Winston Cornish, a senior at the Scholar’s Academy, has his insects on display as well. His body of work is a mixture of pointillism and watercolors, and his work is truly impressive for an artist of his age.

Take a walk through the Creative District – be sure to look both up and down at all these vibrant not-creepy crawlers!