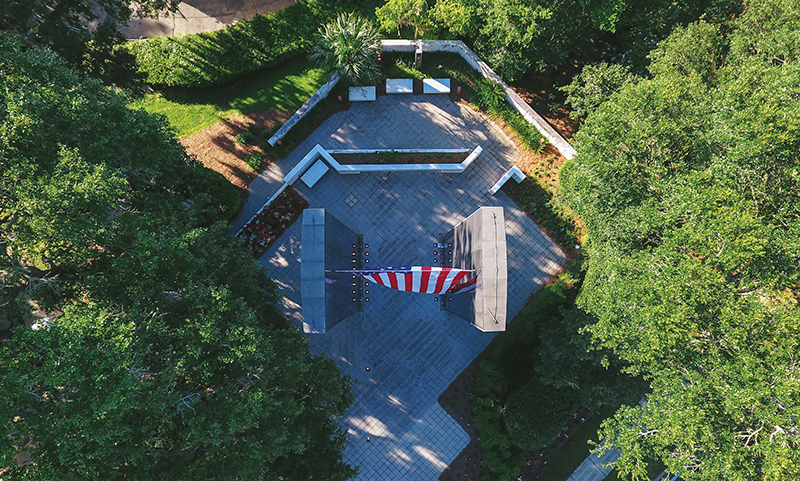 Sobering and arrestingly impressive, Florida’s Vietnam Veterans Memorial, located adjacent to the State Capitol complex off South Monroe Street just south of its intersection with Apalachee Parkway, invites reflection on a difficult and divisive chapter in American history and honors the 386,000 Floridians who served during the war between 1964 and 1975. The names of 1,669 Floridians who died in the course of the fighting and another 83 who remain missing in action are inscribed on the memorial “as a token,” reads a plaque at the site, “of everlasting gratitude to these patriots for their supreme sacrifice.”