A couple from New Hampshire will trade in their snow shovel for sunshine, as their dream of retiring in Florida becomes reality. Choose Tallahassee, a group created to promote the benefits of retiring in Florida’s Capital City, has selected a winner of its groundbreaking “Home Free: Why I Want to Live in Tallahassee” contest. Catherine and Bill Campbell, the grand prizewinners, will receive a free, yearlong residence in a beautiful Tallahassee home and dozens of perks that will enable them to experience all that the area has to offer.

“Selecting a winner was no easy task,” said Choose Tallahassee Co-Chair Ken Boutwell. “There were so many great entries, and all of our finalists were extremely passionate about relocating to Tallahassee.”

More than 200 baby-boomers throughout all parts of the country entered the “Home Free” contest. A Choose Tallahassee judging panel and “crowdsourcing” votes from the public helped whittle down the scores of applicants to 25 semifinalists. The judging panel then requested video entries from the semifinalists, using those submissions to pick the five finalists. The Campbells were selected as the grand prize winner after a round of digital interviews with all five finalists.

Catherine Campbell said that she has been “dreaming” about winning the Home Free contest since the day she and her husband entered. Campbell is a retired small business owner currently residing in New Boston, N.H. She lives there with her husband, Bill, a Vietnam veteran, retired Marine, and meteorologist with Weather Services International. Two of her three children, Holly and Evan, live New Hampshire, and her daughter Elizabeth lives in Georgia. In her video entry, Campbell said that “Tallahassee has much to offer baby boomers,” including great schools, cultural activities, good healthcare and diversity.

“I have nothing against New Hampshire – it’s just cold!” said Catherine. “We’re at the point where we want something different. Sometimes we live our lives, and we’re just breathing. I feel like I can do so much more in Tallahassee. I want to be ‘breathless’ with activities.”

The four runners-up are expected to visit Tallahassee for a long, action-packed weekend on April 24-27. They are:

The Campbells also will be coming to Tallahassee on May 15-18 for a visit, tour and winner’s reception.

A 2012 independent study found that Tallahassee is No. 1 in offering all of the essentials baby boomers look for in a great retirement location – a warm climate, high-quality healthcare, affordable housing, lifelong learning and great recreational opportunities. Though many communities market themselves as a retirement location, none has embarked on such a promotion to offer an opportunity to “live free” for a year – until now.

About the Choose Tallahassee Initiative and Relocating Baby Boomers

The Choose Tallahassee initiative was organized in late 2010 as community leaders came together around the idea of encouraging retiring boomers to consider relocating to Tallahassee. The initiative has attracted broad community support, with contributions from the financial and healthcare sectors as well as private citizens and local government.

Relocating boomers could have a significant, positive economic impact on any city they choose. The first Boomers were born in January 1946 and turned 66 in January 2012, the age of eligibility for full Social Security retirement benefits. Boomers will retire at the rate of nearly 10,000 per day this year alone – and this statistic will continue for another 16 years. According to various national surveys, anywhere from one-in-three to one-in-five Boomers want to relocate in retirement.

A 2012 study of U.S. cities by Dr. Tony Villamil and the Washington Economics Group (WEG) ranked Tallahassee as the No. 1 relocation destination for retiring Baby boomers. The WEG study ranked 20 communities nationwide and was based on criteria that Boomers themselves identified in a landmark national poll sponsored by the Consumer Federation of the Southeast. In that poll, 1,100 boomers identified affordable cost of living, quality healthcare, a warm and welcoming climate, affordable recreational opportunities, great area cultural offerings, lifelong learning opportunities and strong local eldercare services as key factors in choosing a retirement relocation destination.

If just three-tenths of one percent of the 18 million relocating boomers were to choose Tallahassee as a retirement destination, they would add $1 billion per year to the community’s annual income, according to AARP Florida.

A journey to a new state is nothing new for Bill and Catherine Campbell. If you add together the states that they have lived in – separately and together – on both hands, you’d need an extra finger. Though they may have seen the possibilities that 11 other states offer, they both say they are excited about making Florida their next home.

The Campbells have been married for 45 years. Bill is a Vietnam veteran and current meteorologist. Catherine is a retired small business owner. Throughout their union, the Campbells have lived in many different places, but the story of how the two met begins with a blind date in Maryland. Catherine was attending high school there, and she desperately needed a date to the prom after she discovered that the person she initially agreed to go with was unable to attend. Catherine’s friend, who was married to a Marine, introduced her to Bill, who was also a Marine, and the rest is history.

Bill and Catherine dated for a few weeks before the Vietnam War put miles between them. While Bill was in Asia, Catherine went to college in Ohio before transferring to the University of Maryland. They used letters to keep in touch while they were apart, and Catherine says that she still has every single letter that he wrote to her.

Bill and Catherine were married in Maryland. They transferred to California, then to New Jersey, back to California, and then to Oklahoma.  Bill attended the University of Oklahoma on the G.I. Bill, and Catherine also finished her four-year degree there. Bill worked has a meteorologist in both Oklahoma and California. Catherine was a mortgage loan manager for many years in Oklahoma. The two welcomed their first daughter into the world before moving to Georgia in 1986.

In Georgia, Bill was employed as a meteorologist with The Weather Channel. Through a friend who was a Realtor, Catherine began a small, one-person graphic design business. She also used her artistic talents to paint animal portraits. The couple then expanded their family in Georgia by adopting twins.

Bill worked 18 years at The Weather Channel before finding a new job at Weather Services International in Andover, Mass. The Campbells moved to New Hampshire, where they now live with their three children: Holly (38), Elizabeth (25) and Evan (25). Catherine is now retired, but Bill is still employed with WSI.

Though New Hampshire was a great place to live, Bill and Catherine began to look for homes in the South for retirement. The initial search began in Alabama, but the Campbells soon set their sights on Florida after making a journey to Destin. Through fate and advice from a friend, Bill and Catherine discovered Choose Tallahassee’s “Home Free: Why I Want to Live in Tallahassee” contest.

“I have nothing against New Hampshire – it’s just cold!” said Catherine. “We’re at the point where we want something different. Sometimes we live our lives, and we’re just breathing. I feel like I can do so much more in Tallahassee. I want to be ‘breathless’ with activities.” 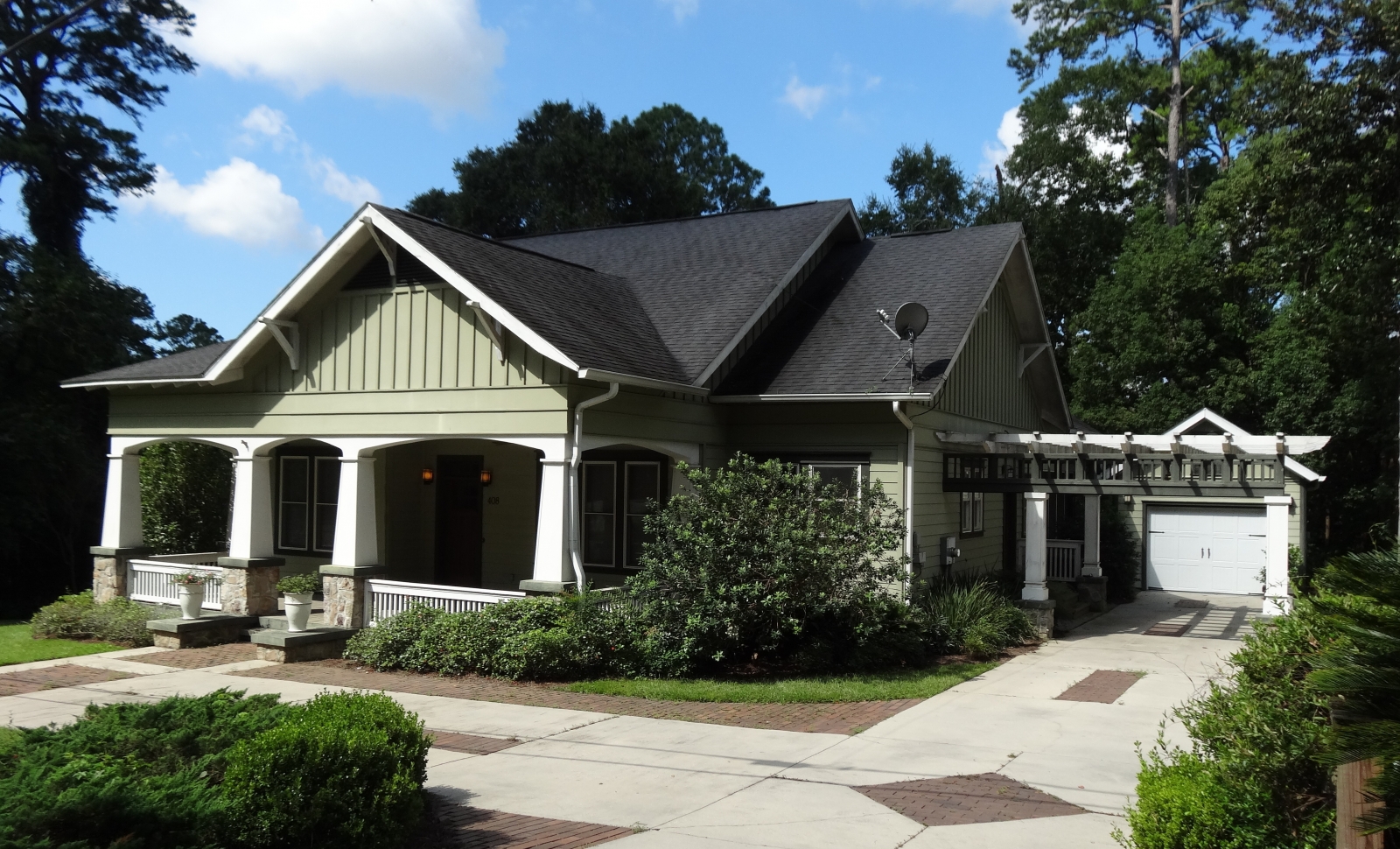 The winning contestant of the “Home Free: Why I Want to Live in Tallahassee” contest will receive the Grand Prize awards package, which includes a complimentary, year-long residence in a beautiful Tallahassee home.*

In addition to the year-long residence, the Grand Prize package also includes a year’s worth of amenities that highlight some of the best of what Tallahassee has to offer:

For more information about the “Home Free: Why I Want to Live in Tallahassee” contest, the Grand Prize award package and relocating to Tallahassee, visit www.ChooseTallahassee.com.