The Internet levels the playing field for businesses 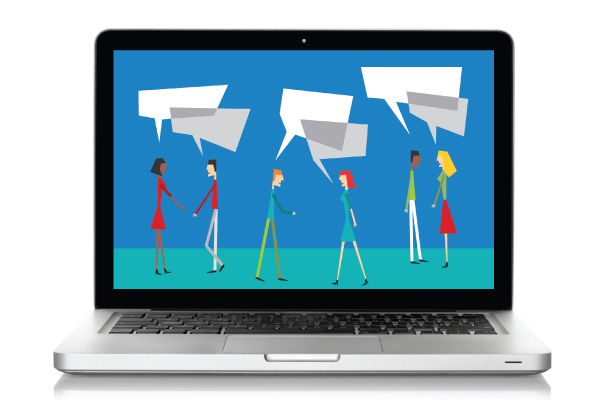 The Internet levels the playing field for businesses

The promoters of the First Annual Clearwater Super Boat National Championship had a problem. The event was just six weeks away and it was uncertain that enough boating fans would bother to show up. In addition to the traditional newspaper and broadcast stories, the powerboat races needed a kick. Then they got it — through a coordinated social media campaign on the Internet. “We had six weeks to pull off that event, and we used social media in tandem with press and TV commercials to get the word out,” recalled Karla Jo Helms, the chief executive officer of JoTo PR in the Tampa Bay area.

Using Facebook and other websites, Helms found and connected with boat and sport enthusiasts and powerboat clubs. She encouraged local hotels, restaurants and other tourist organizations to offer roughly 1,000 links on their Web pages to the super boat championship website. There were 3,100 fans and followers on the social media sites and 12,000 hits on the event’s website within four weeks.  “We connected with them and posted videos,” she said. “By the time the event rolled around, we had 60,000 people and $4 million injected into the economy. The next year, using the first year’s momentum, we did the same and had 100,000 people — and doubled the tourism money injected into the economy.”

The Clearwater Super Boat National Championship is just one example of how the Internet has changed opportunities for businesses.

“Any small business can realize its potential before it ever opens its doors. The Internet allows small businesses to meet that potential without spending the millions of advertising dollars it used to take to reach a national, or even a global, audience. The Web levels the playing field,” explained Matthew Titus, an interactive marketing strategist for CYber SYtes, a Web service company in Panama City.

If a business isn’t using the Internet to reach out to potential customers, it is a good bet that their competitor is. No matter how established a business is, the low cost of Internet marketing allows an upstart to come into its backyard and steal clients. No matter where a business is located, in small or large communities, it could be losing money if its marketing plan does not have an Internet component. The reason: An entire generation — anyone who was born after 1960 — gets the bulk of its purchasing advice online.

“Consumers and businesses are relying on online platforms and social media to get data,” Helms said. “Heck, we don’t return phone calls anymore without Googling a phone number if they do not leave a message.” The good news is that Internet marketing is cheap. At a minimum, all it takes is a computer, an idea and time. “You can become your own publisher now. You do not have to wait for your big opportunity to get the word out.  You can do it yourself,” Helms explained.

The place to start for anyone needing help is the local chamber of commerce, professional associations, service clubs, colleges or even adult classes at the public schools.  In almost every corner of the state, groups and schools offer free introductory computer workshops for the novice. Many offer advanced free sessions for the more computer savvy. And these workshops are usually run by Internet specialists happy to design websites and help with bits and bytes of a marketing plan for those businessmen and women too busy to do it themselves.

Once you know a little about computers, you can quickly understand how they have turned the small business world into a jungle. Start Web surfing. See what your competitors are doing. Your customers once had to drive to compare prices and service. Now shopping comparisons are only a click away. Businesses, even those in the most remote parts of the state, cannot count automatically on customer loyalty because of their location anymore. If your customer has a computer and a mailbox, you’ve got a competitor. “While (the Internet) is wonderful for businesses of all sizes, it also means the market for even the most obscure products and brands has become much more competitive,” Titus said.

Before investing any further time and money on Internet marketing, your business needs a plan. The idea is to tell your customers what you sell and how it is better than any of your competitors. The plan should include a budget — how much you are willing to spend to reach customers. And you must decide what method will drive customers to your business. Although relatively new, the Internet already has many components that can be part of a marketing campaign.

A business can build pages on social media sites like Facebook, Twitter and Pinterest. It can post videos of its products and services on YouTube. It can use a technique called search engine optimization, or SEO, to appear near the top of Google, Bing or Yahoo searches for key words.  Pay per click, or PPC, ads can be purchased. E-newsletters can be distributed through an email list. Articles can be written and offered to other websites in the industry.

“A smart interactive strategy, or single media campaign, can use a number of tactics that work together to achieve your goals,” according to Titus. “Each of them plays a unique role in defining brand or achieving the goals of your business. Unfortunately, there is no out-of-the-box strategy for any business on the Web because no two brands have the same vision.”

Since consumers making a purchase are apt to use a search engine to find providers, search engine optimization is key. This is a strategy to design a business website page using key words. Those words will trigger the Web page to appear on the first page of Google, Yahoo or Bing searches for products.

There are SEO consultants available everywhere who can make a Web page search engine friendly. SEO techniques have been proven to work, as Andrew King illustrated in his “Website Optimization,” published in 2008. The book discussed a dentistry practice in Philadelphia that grew from one to nine new patients per week by adding words to the front page of its Web page. Designers incorporated language on the Web page that could catch the most common searches for lucrative services that the practice wanted to offer. They included “cosmetic dentistry,” “restorative dentistry,” “preventive care,” “pain free,” “Philadelphia dentistry” and “dental services.” The dentist also added some minimal advertising to Google that cost money only when somebody clicked on it. In nine months, the practice “hired another dentist. It added new staff and moved to a larger office to accommodate the influx of new patients,” according to King’s book.

Businesses serious about an Internet campaign also should be on Facebook, Twitter and other social media sites, said Mike Campbell, who runs Trusteria Services in Tallahassee. He has helped many small businesses in Northwest Florida with their Internet campaigns and tells clients that social media is a good marketing tool.

Based on a 2012 survey done by Edison Research, it is easy to see why Campbell believes social media is a way to build business. From 2010 to 2012, the percentage of Americans following a brand on social media climbed from 16 percent to 33 percent. Although two-thirds of Americans still don’t use sites like Facebook and Twitter, many of those who do use it frequently and use it to make purchasing decisions.

Who are those one-third using social media? It is no surprise that the young are frequent users of social media: 80 percent of those under 24 years of age have a personal profile page on such a site. But popularity is not confined to the young, with 55 percent of Americans 45–54 having a profile on social media, too.

The sites are addictive. Roughly 22 percent of Americans — that’s 58 million — check the sites several times a day. Most important to businesses, 47 percent of those using social media say that Facebook is likely to influence their purchases.

“There is nothing more powerful than word-of-mouth marketing, and social networks give you the opportunity to create, manage or combat that,” Titus said.

USA Today outlined the impact of social media this summer for 7-Eleven, which used Facebook and Twitter to build interest in a free Slurpee promotion. The convenience store chain expected to hand out 10 million Slurpees, up from 5 million last year, after 7 million signed up as Facebook fans of 7-Eleven or Slurpee. “Social media will double the size of our promotion in one year,” said Joe DePinto, chief executive officer.

Numbers like that have been repeated in many big and small businesses, but there is a drawback to social media sites for businesses. To do it right costs money and time.  “Someone must be found to keep the site posting up to date,” Campbell said. That person in charge of the social media could be a consultant or the business owner, an intern, a trusted employee or even a family member.

“The worst thing a business can do is create a social media page and do nothing with it. Studies have shown that if the social media is being engaged and there is positive conversation going on, other people will take note,” he said.

Is the Internet for your business? You can’t afford not to do it.

“As far as a business reaching its full potential without utilizing the Internet, I think businesses can succeed, but they are leaving potential customers at the table,” Campbell said.