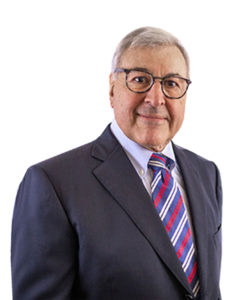 After being in Gynecologic Practice focusing on Infertility, the bulk of his career in Canada was spent in Cambridge, Ontario. In 1990, Dr. Assad emigrated and obtained U.S. Citizenship, and created Southwest Fertility Services in Albuquerque NM, providing the spectrum of assisted reproductive technologies (ART). In 2002, he moved to Johnson City, TN continuing clinical practice for three years, and then an academic position as Director of the Division of Reproductive Endocrinology at East Tennessee University in Johnson City, providing for the education and training of medical students and ObGyn residents. During his tenure, he published several research projects related to Infertility and wrote two book chapters addressing advancements in ultrasound including 3-D ultrasound. Dr. Assad currently lives in Destin, FL and retains medical licenses in Mississippi, Alabama, and Florida.

In his spare time, Dr. Assad enjoys golfs with his wife, Missy, and gardening at their home. He has a large family of children and grandchildren, who reside in Gulfport, MS and Mandeville, LA.

An Example Worth Following