Arts-In-The-Heart Concert Series presents Dr. Glacia Robinson at the 2021 Javacya Arts Afro-Caribbean Arts Fest! Dr. Glacia, Robinson, a native of Jamaica’s island, began singing at four years old and has performed widely in the States and abroad. Shortly after high school, she became involved in Youth With A Mission (YWAM) in Jamaica and Canada and participated in their discipleship and arts-based programs. This is live-streamed and can be viewed at  javacyaarts.com. Tickets and additional information can be found by visiting javacyaarts.com/event/glacia-robinson-vocalist. Dr. Glacia Robinson was featured Jamaican publications The Gleaner and Jamaica Observer. You can read those stories respectively by clicking here and clicking here. 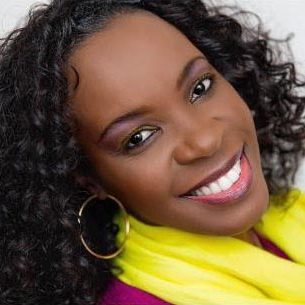 Glacia has ministered extensively as a missionary. Ministering to the poor, she has worked with various church groups and secular entities. One of which was the Bob Marley International Reggae Day in Kingston, Jamaica. Glacia’s unique gifting has gained her audiences with a broad cross-section of dignitaries and politicians; she was the first gospel artist invited to the Prime Minister’s Private Gala in Jamaica. For her lifetime of charitable work and comprehending Jesus’ call to serve the less fortunate and disenfranchised, Glacia is the recipient of two honorary doctorate degrees from Hearst Christian University.

Her original song, Hold My Hand Today, produced by Jon Williams, held the number one position on the Caribbean Gospel Music Charts for over six months, Not Over Now, held the same place for three months, and was also featured in the successful Hollywood Production of Portrait of a Poet, Glacia’s song, Survivor, was written for her fellow countrymen in response to Hurricane Ivan. It has been topping the charts favorites, bringing Hope in the face of adversity to all who hear it. It also earned the prestigious Rock/ Pop Song of the Year, 2006 Marlin Awards.

Glacia has several musical recordings and has been the recipient of many awards. The awards include The Jamaica Cultural Development Commission (JCDC) Original Song Competition Winner, Most Outstanding Song (1998) JCDC, Most Outstanding Performer (1998)

The Jamaica Cultural Association of Composers, Authors, and Publishers (JACAP)

Best New Artist (1998-99), Songwriter of the Year (1999), XNEWS Gospel Song of the Year, It’s Not Over Now (2000), The Jamaica Federation of Musicians (JFM), Best Gospel Song It’s Not Over Now (2000), Membership Award –JEM FM and JACAP (2003) The Marlin Awards, Rock/ Pop Song of the Year, Survivor (2006), The Lifestyle Gospel Entertainment Media Group Achievement Award — (2007), Glacia’s travel has taken her internationally to New Zealand, Israel, USA, Cuba, Antigua and Barbuda, Belize, Canada, Bahamas, and the Cayman Islands. Her heart embraces You Can Start Over, Like a True Warrior, Pick Up the Pieces and Start Again, and Because Survivors Never Quit.

Javacya endeavors to use the arts as a tool to facilitate the development of high self-esteem and self discipline. Through the mastery of their musical talents, students develop an appreciation of the fine arts and a strong application of music theory, so that they can analyze and interpret the music that they perform. 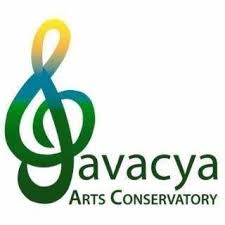