In its 33rd year, ArtsQuest Fine Arts Festival will be held in concert with National Arts and Humanities Month.

In its 33rd year, ArtsQuest Fine Arts Festival will be held in concert with National Arts and Humanities Month. Produced by the Cultural Arts Alliance of Walton County and presented by Grand Boulevard Town Center, ArtsQuest provides an opportunity to view and purchase original art from more than 150 artists from around the country. To learn more, visit CulturalArtsAlliance.com/arts-quest. 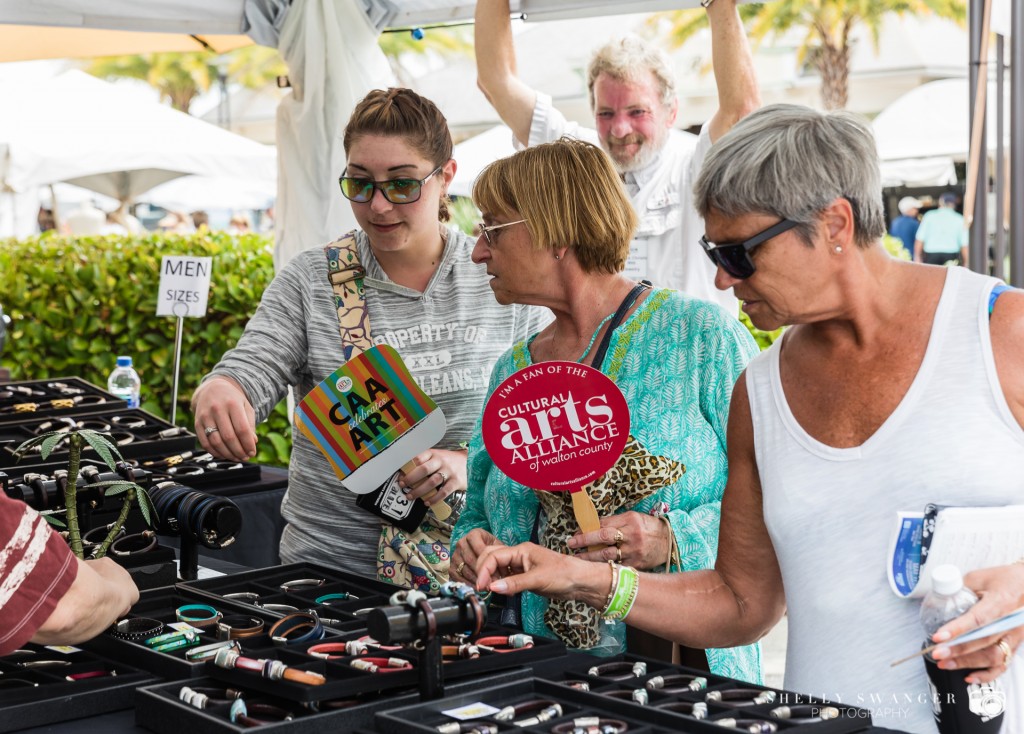 In May 1989, a group of artists and volunteers led by Susan Foster, Jan Clarke & Jeff Ellis organized the first Grayton Beach Fine Arts Festival (now ArtsQuest Fine Arts Festival). Two years later, Foster and Hilda McDonald coordinated a children’s art festival, eventually called the Flutterby Festival. Both events were designed to showcase local artists and raise money for after-school children’s art classes. Because of the success of these events, it became necessary to form an organization through which grants and scholarships could be awarded, and the Cultural Arts Alliance (CAA) was founded in 1993 as a 501 (c)3. In over two decades, the CAA has grown exponentially, fine-tuning these traditions while adding programs, events and services and growing into a leader in the community with a mission to support the arts through leadership, advocacy, funding, programs and education.

In 2008, the CAA received designation by the County and State as the official Local Arts Agency (LAA) of Walton County and was designated as the administrator of all revenues from the sale of the Florida Arts license plates in Walton County. The CAA headquarters is the Bayou Arts Center where over 200 art classes are offered every year to adults and children. The CAA produces the 30A Songwriters Festival, Valentine Tour of Homes, ArtsQuest, Under the Sea fundraiser for the Underwater Museum of Art, and the Flutterby Festival. Tens of thousands of dollars are awarded annually to teachers, students, artists and arts organizations through the CAA’s Art For All Program, which is funded through grants and net proceeds from events.